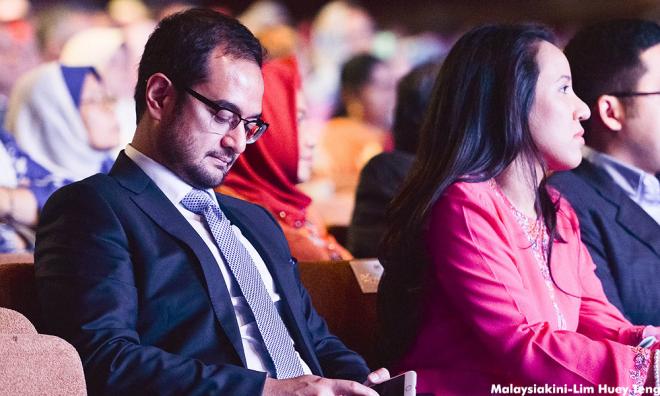 Former premier Najib Abdul Razak's three children are among the 18 individuals and companies slapped with a notice of forfeiture by the Attorney-General's Chambers.

The three children are his stepson Riza Aziz, Nor Ashman Razak and Nooryana Najwa.

The notice of forfeiture is over hundreds of items including branded handbags and 27 vehicles seized from the 18.

The notice was filed yesterday at the Criminal High Court Registrar's Office in Kuala Lumpur, and named the prosecution as the applicant with 18 individuals and companies as the respondents.

The prosecution is seeking an order from the High Court to publish a notice under Section 61 (2) of the Anti-Money Laundering, Anti-Terrorism Financing and Proceeds of Unlawful Activities Act 2001, to summon any third party who claims to have any interest in the property to come before the court on the date specified in the notice to show cause as to why the property shall not be forfeited to the government.

Najib was named as the first respondent, followed by Rosmah, Riza, Nor Ashman, Nooryana as the second, third, fourth and fifth respondents.

The prosecution is also seeking other orders deemed fair and appropriate by the court.

According to Bernama, the application was filed on the grounds that the prosecution, acting under Section 56(1) read together with Section 376 of the Criminal Procedure Code, was satisfied that the items seized between May 17, 2018 and March 11, 2019, were related to an offence under Section 4 (1) or as the result of illegal activities involving the respondents.

The application was also supported by an affidavit affirmed by a deputy public prosecutor and two police investigating officers on May 6, 2019.

Also seized on the same day were four branded watches, 171 branded handbags and 27 pairs of expensive shoes, while 40 luxury handbags were confiscated on June 11, 2018.

Also seized was a property in Tanjong Bungah, belonging to the 13th respondent, on Jan 17 this year.

The prosecution also filed a similar motion against Obyu Holding Sdn Bhd for the High Court to publish a notice to summon any third party who claims to have any interest in items seized to come before the court to show cause as to why these should not be forfeited to the government.