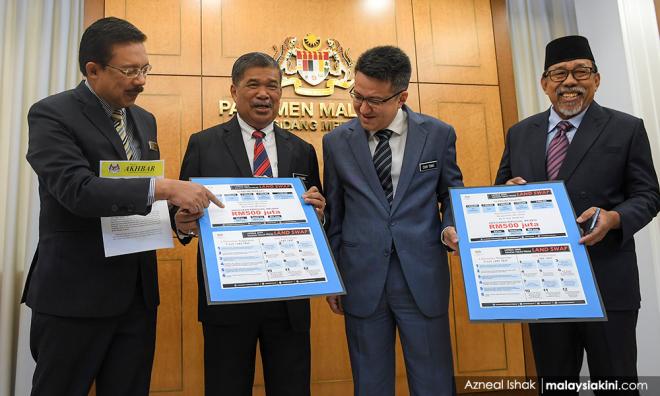 This was clear in 13 out 16 land swap deals investigated, said Defence Minister Mohamad Sabu when tabling the final report of the Governance, Procurement and Finance Investigating Committee's probe on his ministry in the Dewan Negara today.