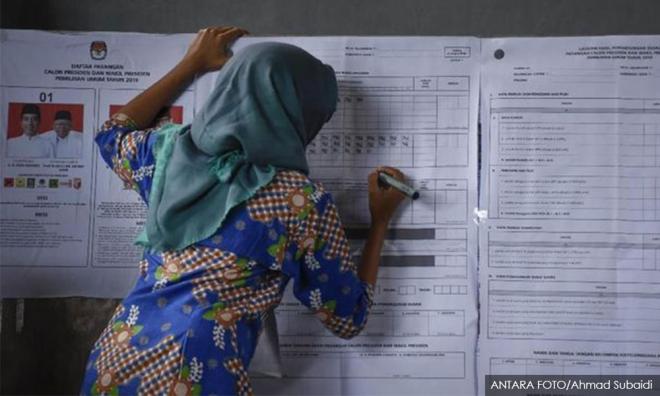 A top Indonesian lawmaker has demanded a parliamentary inquiry into the deaths of more than 500 officials during recent elections, most of them linked to fatigue-related illnesses in gruelling work conditions.

The April 17 vote was the first in a country of 260 million people to combine the presidential vote with national and regional parliamentary ballots, but it took a dramatic toll of the 7 million people who worked on it.

The world's largest single-day election is estimated to have drawn 80 percent of the 193 million eligible voters, each of whom had to punch up to five ballot papers in more than 800,000 polling stations.

But conducting the vote in a country that spans more than 5,000 km (3,000 miles) across its western and eastern tips has proved both a Herculean feat of logistics and deadly for officials, who had to count ballot papers by hand.

"There has never been this kind of precedent in election history anywhere in the world," Fahri Hamzah, the deputy speaker of parliament, told Reuters, calling for parliament's committee on domestic affairs to form an investigation team.

Indonesia's election commission (KPU) said 456 staff had died and 4,310 had fallen sick, besides 91 members of the election supervisory agency and 22 police officers who died.

The government has agreed to pay compensation of about 36 million rupiah ($2,500) to relatives of the dead, said commission spokesman Arief Priyo Susanto, with further payments to those who suffered disability or injury.

Risks include long hours of work under stress, the age and existing health conditions of some staff, and tough work situations, often in sweltering heat, said Ari Fahrial Syam, dean of the medical faculty at the University of Indonesia. People older than 60 should not work on elections, he added.

Data from Jakarta, where 18 staff died, showed most of the deaths involved those older than 50 who suffered from diseases ranging from heart attacks to strokes and respiratory failure, Health Minister Nila Moeloek said.

"They already had risk factors, but it is true that heavier workloads, working hours, stress levels and irregular rest schedules are also added (factors)," she told a news conference on Wednesday.

"What we are trying to do now is to make sure officials are accompanied by medical personnel throughout the process of local and provincial recapitulation," he added, referring to recounts.

There have also been calls to adopt electronic voting.

But such measures offer little consolation for Masnun Binti Abdul Hamid, whose spouse died after long hours at a polling station at Bekasi in West Java, including a 24-hour stint on election day.

She said Abdul Rochim, 40, who had no history of heart disease or high blood pressure, started feeling weak and short of breath two days later, and was taken to hospital but died in intensive care.

His wife accepted the death as "destiny" but hoped there would be no more victims.

"I do not want this to happen again," she said.