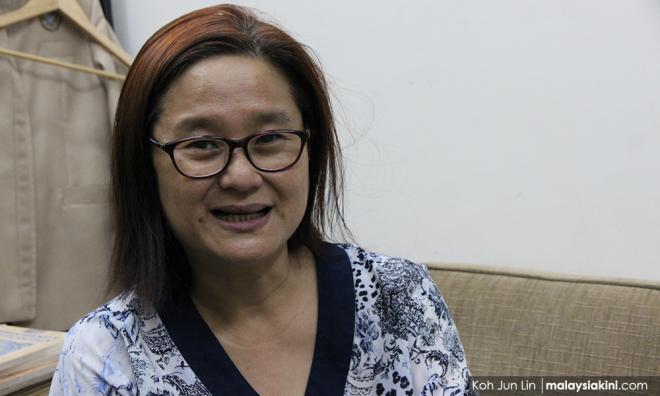 Civil society groups have started an online petition calling on Prime Minister Dr Mahathir Mohamad and other government leaders to reject the creation of three islands in the Penang South Reclamation (PSR) project.

The petition was started by former city councillor Khoo Salma Nasution (photo, above) on behalf of Penang Forum, a coalition of local NGOs.

It lists 20 reasons why the project, which is slated to fund the Penang Transport Master Plan (PTMP), should be cancelled.

Speaking to Malaysiakini, Khoo said the lack of public consultation and detailed information about the project is "shocking" in view of the size of the proposed reclamation.

The project will involve reclaiming 4,500 acres or seven square miles of land – the size of Johor's Forest City, she noted.

"We call upon Tun, as chairperson of the National Physical Planning Council (NPPC), to reject the PSR megaproject for the several reasons, which are listed in the petition," Khoo said.

Asked how many signatures the petition is targeting before it is sent to Mahathir, she replied it was “too early to say”.

So far, 200 people have signed the petition since it was launched this morning on Change.org.

According to Khalid, the NPPC had yet to approve the project and had so far only advised the state government to comply with 18 points of advice.

Meanwhile, in the petition, the NGOs said the apparent need for land reclamation is not caused by land shortage, but by "bad planning."

The NGOs claimed the Penang government had not been transparent about the project.

They said from the start, the display of the 20-volume proposal by SRS Consortium, the project delivery partner, was "severely restricted, where visitors cannot make copies, bring in cameras or even handphones".

"To date, no cost breakdown of any component of the PTMP, including the reclamation, has been made available.

"This speculative development is based on greed, not on need," the petition states.

"Despite the ubiquitous empty condominiums, serious property overhang, and ongoing northern reclamation (of almost 900 acres), the state insists on reclaiming three islands (4,500 acres), which will surely exacerbate the property glut," it warned.

The petition further stated that the PSR project would saddle the state with maintenance costs.

"We are not against reclamation per se, but we are against this particular type of reclamation – island reclamation for resort-type development.

"Due to siltation, the channels between the islands will have to be perpetually maintained at public expense.”

"Malaysia does not need another Forest City. The projected population on the three islands will be 446,300 souls, but who will the inhabitants be?" the NGOs asked.

The petition also questioned whether the bulk of the properties would be aimed at high-end foreign buyers, citing local concerns about social inequality and lack of affordable housing.