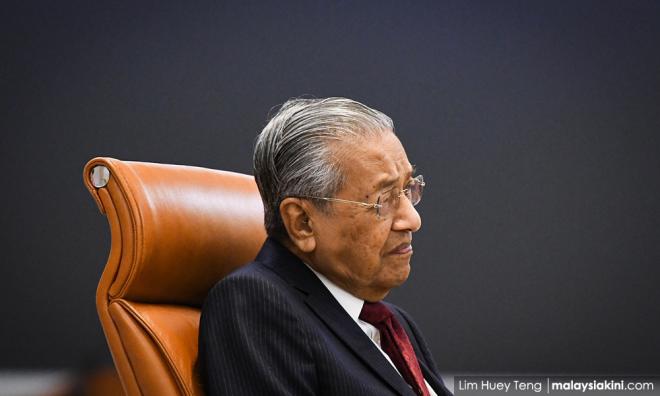 “I was informed by the authorities that a social media user was arrested last night. As I stressed before, no leader in Malaysia is free from criticism.

“The people are free to criticise leaders if needed. Freedom of expression is important in a democracy. Except for threats, slander and insults towards the rulers,” he tweeted this afternoon.

In recent weeks, Mahathir has emerged as Tunku Ismail's biggest critic following a fallout with the Johor palace over various issues.

On Monday, the premier called the crown prince “stupid” and a “little boy” over his comments related to the revelation that a plot of federal land earmarked for the Johor Bahru-Singapore Rapid Transit System (RTS) was transferred to his father, Johor ruler Sultan Ibrahim Sultan Iskandar.

“If there is such a report, it is possible that someone else lodged it.

“This has nothing to do with us and please, in this holy month, my family and I wish to carry out our duties with the people and (devote ourselves to) prayers,” he said.

Tunku Ismail was responding to #Team8Raakat, who asked the prince on Twitter if the arrest was due to a report from him or other quarters.

“If it is from others, (it is) hoped that Tunku, who has locus standi, would decree that the report be withdrawn.

“If the AGC (Attorney-General's Chambers) charges (the writer in court), then it would become a long story,” read the tweet.

The tweet featured a photograph of the arrested writer Firdaus Abdillah Hamzah, who uses the handle Pipiyapong.

He is wearing orange lock-up apparel and also appears to be handcuffed behind his back.

On Wednesday night, Fidaus tweeted that he has been summoned to the police station and urged his supporters to be calm as well as to keep fighting.