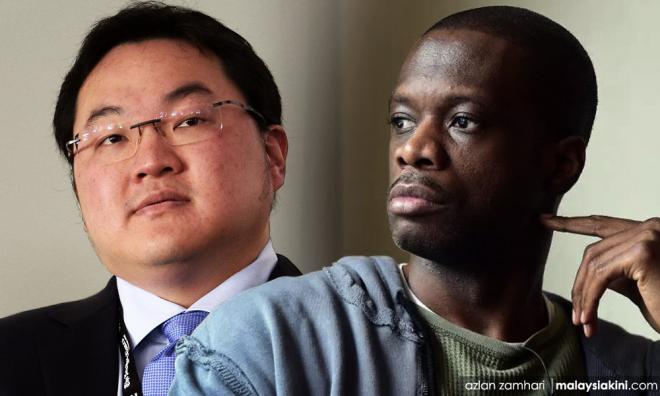 According to the unsealed indictment, between June 2012 and November 2012, Low directed the transfer of approximately US$21.6 million from foreign entities and accounts to Michel to be funnelled into the US election while disguising it as legitimate campaign contributions.

The indictment did not reveal the identity of the presidential candidate.

However, Michel, who is a US citizen, was a well-known avid supporter of former Democratic president Barack Obama, and federal election records show he contributed money to political committees that supported Obama’s 2012 re-election campaign and other Democratic committees.

Under federal election law it is a crime for foreign nationals to make political contributions in US federal, state or local elections.

Michel and Low, the Justice Department alleged, conspired to circumvent the law, in part by steering foreign money from Low through “straw contributors” who purported to make legal contributions in their own names. In doing so, the indictment said they hoped they could “buy access to, and potentially influence with a candidate, the candidate’s campaign and the candidate’s administration.”

“Mr Low is innocent - and he is presumed innocent under US law,” a spokesperson for Low, through his attorneys, said in a statement. “Mr Low has never made any campaign contributions directly or indirectly in the US and he unequivocally denies any involvement in or knowledge of the alleged activities.”

Low faces separate criminal charges in the United States in connection with a multi-billion-dollar scandal at Malaysian state fund 1Malaysia Development Berhad (1MDB). Low has been identified by Malaysian and US investigators as a central figure in the alleged theft of about US$4.5 billion from 1MDB.

In the election funding case, Michel appeared in a federal court in Washington, DC, for his arraignment.

US Justice Department spokesperson Peter Carr confirmed that Michel pleaded not guilty to the charges, and will return to federal court in Washington for a hearing on May 16.

“Mr Michel is extremely disappointed that so many years after the fact the government would bring charges related to 2012 campaign contributions,” his attorney Barry Pollack said in a statement. “Mr Michel is innocent of these charges and looks forward to having the case heard by a jury.”

Michel (above) and Low were each charged with one count of conspiracy to defraud the United States government and for making foreign and conduit campaign contributions.

Michel also was charged with one count of a scheme to conceal material facts and two counts of making a false entry in a record in connection with the conspiracy.

In addition to allegedly using straw donors to funnel money from Low to one political committee, Michel made approximately US$1.1 million in donations to another committee in his own name and the name of his company, thereby masking that the money was coming from Low, the indictment says.

The dates and numbers for those donations in the indictment match with federal fundraising disclosures made by Black Men Vote, a super PAC that was supportive of Obama’s re-election efforts in battleground states.

The case over campaign financing is not the first time that the Justice Department has linked Michel and Low.

The Justice Department, in a civil forfeiture action announced in November 2018, said that Michel and a former Justice Department employee opened multiple US bank accounts to receive tens of millions of dollars in funds from overseas accounts controlled by Low.

Who's who in the civil forfeiture notice against Najib and associates
9 May 2019
ECRL: Daim claims Jho Low offered to help, spokesperson denies contact
8 May 2019
AG confirms RM1.5b in 'stolen' 1MDB funds recovered, RM5.7b left
7 May 2019
Jho Low plays race card after associate is extradited to the US
7 May 2019