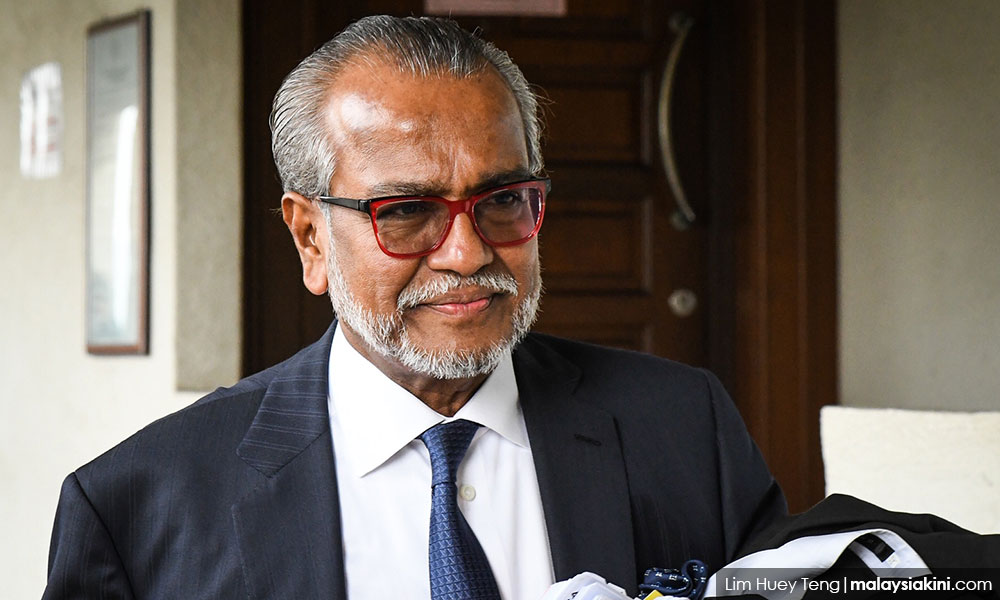 Not too late for Shafee to apologise over estate insult

Senior lawyer and defence counsel of Najib Abdul Razak needs to behave himself to maintain some degree of decorum towards the public.

He cannot defend Najib for using the selfie mode by berating the media personnel not to behave like “estate people”.

By using this term “estate people”, he was sending the message to the media that people or the workers in the estates are ignorant, uneducated and uncivilised.

Shafee, being an Indian himself, perhaps does not realise that the present generations of Indians, and to some extent, non-Indians were descendants of estate labourers who migrated from places like India, China and Indonesia to Malaysia in the late 19th and 20th centuries.

Of course, the workers were uneducated and lacked knowledge about the world. But these workers and their children worked hard to help make what Malaysia is today.

Without the financial contributions of estate workers, the country could not have developed.

At the time of World War II, Malaya was the top producer of rubber and Britain’s war efforts against Germany and its allies depended on rubber production, in other words, the contributions of “estate workers” - the category of humans that was belittled and disparaged by Shafee for no reason whatsoever.

Shafee’s condemnation of estate workers is a reflection of his own state of mind. He might be educated and he might be a fine lawyer, but he has no human touch.

For all his financial success in defending those who have been charged with corruption, he lacks empathy for the poor and unfortunate.

By dismissing estate people, he has shown to the world that education and career development have not rendered him to be good and decent human being.

In the final analysis, I am not angry with Shafee but sad that he might have lost a golden opportunity in his life to show some kind of appreciation to those who worked, sweated and died in the plantations under inhumane conditions, low wages and miserable living conditions.

My parents migrated to this country to work in the plantations.

My mother was a rubber tapper and my father was kangany (foreman). They have passed away, but because of their guidance and financial contributions, my brothers and sisters managed to have decent lives.

Can I look down on estate people? It would tantamount to looking down on my parents! Without them I am nobody.

I am sure Shafee, being an Indian, might have had relatives in the plantations.  Even if he had no links to estates, this does not allow him to say nasty and cruel things of workers.

I hope Shafee can realise his mistake by apologising for what he said about the estate people.

It is never too late to apologise.

P RAMASAMY is the state assemblyperson for Perai. He is also deputy chief minister (II) for Penang.