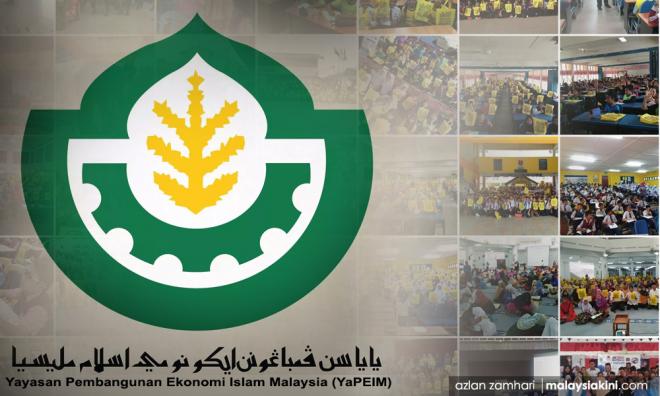 A total of RM1 million from funds meant to help orphans were allegedly misused in 2017 to pay legal fees of a lawyer, who was also an aide to former prime minister Najib Abdul Razak.

According to a news report, this involved funds entrusted to the Malaysian Islamic Economic Development Foundation (Yapeim).

"According to discussion notes on the financial expenditure of Yapeim, the money was channelled to settle legal fees to the lawyer, who was an adviser to former prime minister Najib, as well as a director for Yapeim in 2017," said the report by The Malaysian Insight published this morning.

The payments were allegedly made in stages and without the approval of Yapeim's board of directors.

They were allegedly for legal fees involving a suit against the foundation.

The report said that founders of Foundation for the Advancement of Orphans and the Poor (Pemangkin), which is a subsidiary of Yapeim, filed the suit alleging that Yapeim had abused Pemangkin's funds to sponsor the trips of a former minister in the Prime Minister’s Department to Europe, the United States and Australia.

"The suit, which was filed by Pemangkin founders Mohd Yusoff A Bakar and Ahmad Fazil Hashim, in March 2017 also alleged that the lawyer had intended to shut down the foundation, which was placed under Yapeim in order to bury the scandal," the portal reported.

It said that the lawyer was one of Yapei 's board of trustee members from 2017 to 2019, and used to be strategic planning director at the Prime Minister's Department.

The Pemangkin founders had also sued the former minister and five other members of Yapeim board of directors.

Meanwhile, following the news report, Najib reacted on Facebook over the use of his photo by the portal and the link to his name over the alleged misappropriation.

He alleged that it was an "evil propaganda" aimed at tarnishing his image on the polling day of Sandakan by-election today.

"The name and photo of Najib were used although this issue has nothing to do with Najib.

"And the payment of legal fees to defend Yapeim and its board members in a suit was alleged as 'misappropriation'.

"This is their way. It does not matter if it is the month of Ramadan or not," Najib said in the Facebook post.

The politician added Yapeim had also won a court case over the allegations.

Malaysiakini is contacting Yapeim for comments.