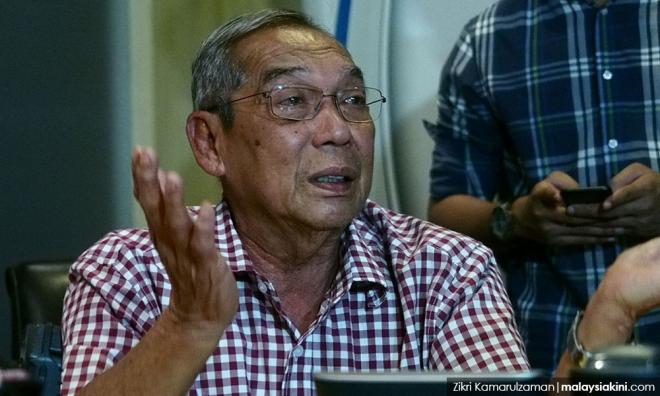 Abdul Rashid Abdul Rahman (above) said Lim should not issue statements to sound as if Mahathir is not willing to step down as prime minister.

"We can see that Mahathir is still capable and has his own vision of setting the country (on the road) to recovery, so there is no need for other leaders to interfere by issuing such a statement.

“Moreover, Dr Mahathir had often said that when the time comes, he will step down and I am confident he will do so. But for now, as long as he is still capable and as long as he has the support of the people, he will continue to be the prime minister," he said.

He said this to reporters after presenting tithes to 311 recipients at a zakat presentation ceremony organised by Kota Bharu Bersatu Economic Bureau and Koperasi Wawasan Malaysia Berhad (Kowamas) today.

Abdul Rashid was commenting on Lim's statement saying that he was prepared to step down from politics and would not contest in the 15th general election (GE15) if Mahathir fails to honour his word to hand over the premiership to PKR president Anwar Ibrahim.

He also expressed confidence that Anwar would be able to continue Mahathir's legacy after taking over the position.

Abdul Rashid also advised leaders of Pakatan Harapan component parties not to issue statements that could offend parties within the coalition.

Meanwhile, a tithe recipient, Rokiah Dollah, 53, said she was thankful to be chosen as a beneficiary today.

"It had been difficult being a single mother and having to support two children so with this assistance it will surely ease my financial burden,” she said, adding that she could no longer work following a leg amputation due to diabetes.