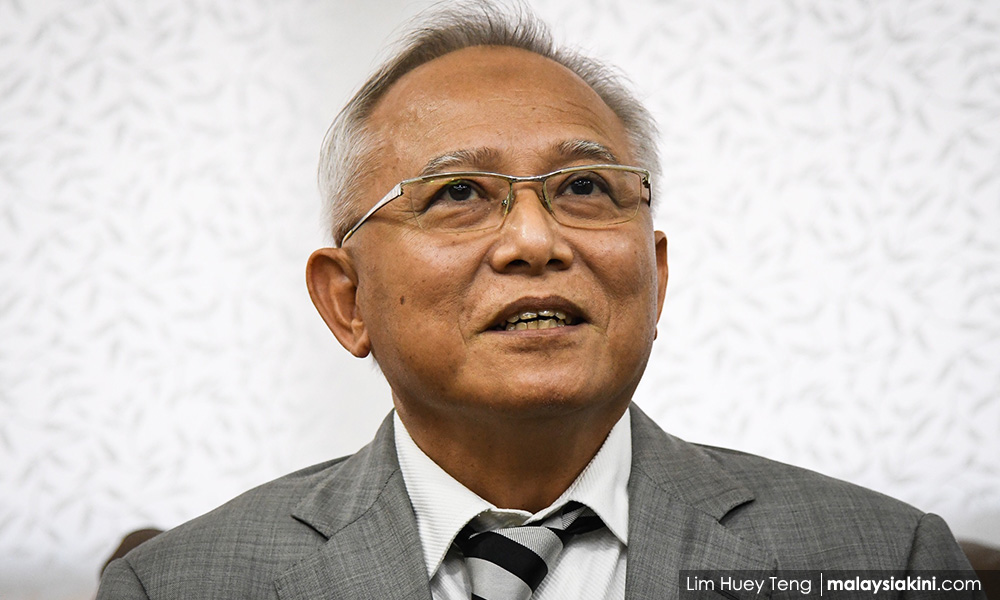 Felda DG: We can't just clock in and out, uplifting poor requires 'jihad'

Felda director-general Othman Omar said today that employees of the plantation authority cannot simply clock in and out like regular workers, as the right attitude is needed to uplift people from poverty.

"If you are trying to help get 2.6 million people out of poverty, but you're just sitting there shaking your legs, you can't do much.

"You have to 'berjihad'. We need to change the attitude of the workers, so that we can solve problems, make decisions within 24 hours, and have the speed to do business," he said in an interview with New Straits Times.

Othman, who was appointed last September to head the struggling agency, said people must realise that working for Felda is a service to the country.

"In many countries, the top talent work in the government because they think that's where they can maximise their talents for society," he was quoted as saying.

"Here, if they work for the government, they say it's their right not to work so hard. That is not right.

"You cannot say because you don't get the right pay, you don't need to work that hard. If you work for the government for money, that's wrong. When I joined Felda, it was not about the pay. It's national service."

Othman acknowledged that over the years, there has been a "default culture" of people taking long tea breaks at 11am, and rushing to go home by 5pm.

"We need to change that, and many staff, especially the younger ones are willing," he said.

Commenting on the RM6.23 billion cash injection to help Felda over seven years, Othman said RM2.5 billion will be used to restructure its loans, while another RM2 billion will be for easing settlers' debts.

Another RM1 billion, he said, will be used to branch out to cash crops and upskill settlers under the Settlers Development Programme (PPP). RM480 million will be used to help settlers with living costs.

The PPP is intended to help settlers become more independent and not overreliant on oil palm.

"We want to create multiple sources of income for them, such as dividends from cooperatives and income from alternative crops," he said.

Othman noted that the crops Felda has been exploring include maize, banana, pineapple, sorghum and hemp.

"We have test plots for inter-cropping in the plantations. When we do replanting, the oil palm trees are still small, so you can still plant in-between the rows.

"Pineapple, for example, is five times higher in terms of yield and ringgit per hectare."

Othman also told NST that the PPP will focus on low-income earners in Felda.

The director-general added that Felda is also looking for settlers to sign long-term leases, with Felda paying rent, plus profit-sharing.

"About 60 percent of our settlers are 55 and above, and soon they won't be able to toil on their land anymore.

"It would be better if we give them this long-term lease option," he said.

Othman added that Felda will also work to retain talent from among the descendants of settlers, including ensuring that homes for them are completed.

Asked how long he will need to pull off these reforms, he said it will likely take five years, but he must do whatever is possible within his two-year contract.

"The quick wins need to be done," he said.

Felda
Othman Omar
Related Reports
Felda NGO group: Foster independent settlers, but maintain 'duit raya' for now
a year ago
Aid to Felda is credit negative, says Moody's
a year ago
Eagle High says not taking legal action against Felda
a year ago
Felda fiasco: Calling it simple mismanagement by top brass is too tame
a year ago