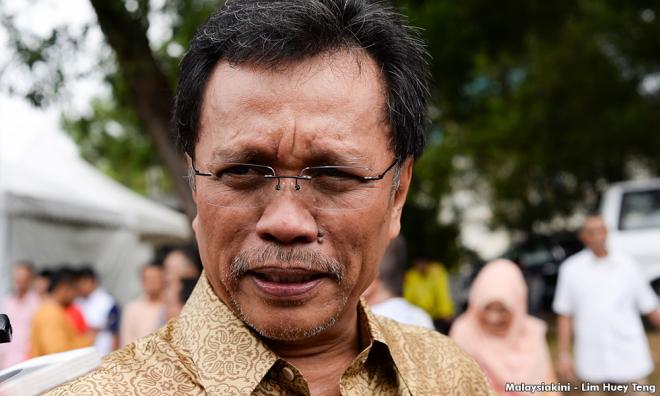 The office of Sabah Chief Minister Mohd Shafie Apdal has accused an unnamed blogger of trying to pit his party Warisan against the Special Branch.

“The government has at no point barred SB officers from attending the chief minister's public events and press conferences at such public venues," it said.

“There is no such policy. Neither is there any instruction from the chief minister, nor is it the current government’s policy to prevent anyone from attending such press conferences, as after all, what is disclosed at the press conference is public information.

“It is therefore quite clear that the blogger conjured up this so-called ban to provoke or create bad blood between the government and the police."

Shafie’s office noted that the matter was first raised by a news portal based on “hearsay spread by the blogger, known to have personal agenda and motives.”

As with the blogger, the news portal was also left unnamed in the statement.

It was reported last Saturday that Warisan vice-president Junz Wong (photo) had turned away SB personnel at a party press conference, claiming that the police were posing as journalists.

The Free Malaysia Today report also quoted an SB officer saying that his colleagues had been blocked on a number of occasions from attending press conferences involving Warisan leaders, including those attended by the chief minister.

SB personnel are usually in plainclothes, and are tasked with securing premises and neutralising threats before and during government functions involving high-ranking officials.

Inspector-General of Police Abdul Hamid Bador later expressed shock over the matter, and warned that it is illegal to prevent police personnel from exercising their duties.

Wong had since clarified that it is not Warisan policy to bar police from its events, but acknowledged that there had been “one or two” instances where SB officers were asked to leave because they were posing as reporters.

“We can't have people coming to an event claiming that they are journalists. It will be misleading,” he said, adding that these officers would then take up seats reserved for the media.

As a result, Wong said, genuine media personnel have ended up standing or leaving these events.