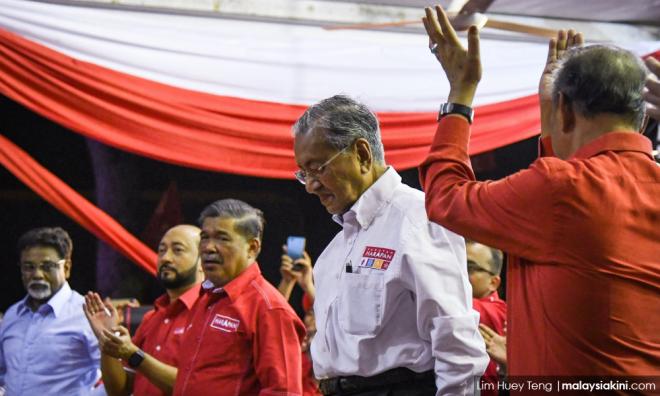 Bersih has proposed that ministers and public officials who are party leaders take annual leave if they want to campaign in an election during working hours.

This was among its proposals in response to Prime Minister Dr Mahathir Mohamad, who said the Election Commission's campaigning restrictions on ministers while they are on duty put the government at a disadvantage against the "jobless" opposition.

Besides the proposal to take leave, Bersih also suggested:

Yesterday, Mahathir complained about the EC's restrictive rules on the use of government assets.

He said he had to rent his own helicopter for use during the Cameron Highlands by-election.

While Bersih lauded Mahathir's move to rent his own aircraft, it stressed that the EC must remain firm in its restrictions against the government.

This was to avoid the perception that the commission was controlled by the prime minister.

It added that such restrictions were in line with practices in countries such as Australia, Canada and Ireland.