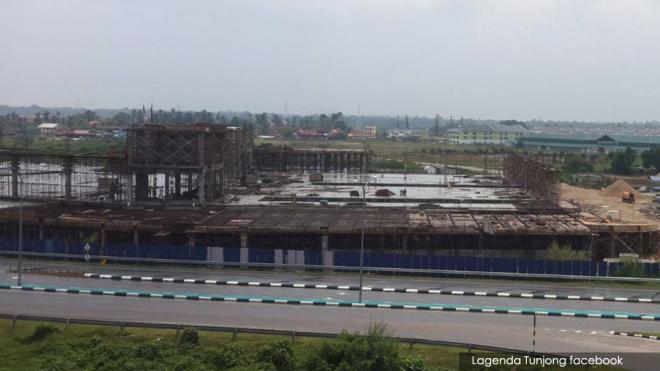 Perbadanan Menteri Besar Kelantan (PMBK) has blamed the auction of state lands for RM66.7 million on its joint-venture partner, which it had allowed to use the lands as collateral for loans in the development of the Bandar Baru Tunjong project.

The joint-venture was to develop 2,000 acres of land as part of the Bandar Baru Tunjong project, beginning with the first component of 35.982 acres known as Lagenda Tunjong.

However, the state-owned entity said the acquisition was financed by Lagenda Tunjong.

"Lagenda Tunjong was appointed to execute and foot all development costs including the cost of land acquisition valued at RM19.425 million," it said.

"Considering the RM19.425 million payment made in full by Lagenda Tunjong (for the land acquisitions) and in order to ensure the smooth implementation of the project, Lagenda Tunjong was allowed to mortgage the land for financing.

"PMBK, as the registered owner (of the lands), allowed Lagenda Tunjong to obtain financing through third-party charge without recourse from the bank to settle its (other) loan for the land acquisitions and also to develop them," it said.

However, PMBK said Lagenda Tunjong only managed to complete the first phase of the Lagenda Tunjong component, namely a Giant Hypermarket while the phase - the 40-storey Prima Lagenda Apartment - only saw piling works and have not progressed to date.

"Lagenda Tunjong's failure to repay its bank loans led the bank to initiate legal action. The current status is that the bank is in the process of auctioning off 11 lots of lands," it said.

PMBK stressed that he had prepared a development plan for Bandar Baru Tunjong and acquired the lands in accordance with the law.

It added the decision to allow Lagenda Tunjong to use the land was based on financial consideration and the company's background.

"However, even though the lands are registered in PMBK's name, PMBK is not the real owner as Lagenda Tunjong has de facto rights on the lands.

"The bank's demand is to regain the outstanding loan sum (from Lagenda Tunjong) by auctioning the lands. The Bank is not making claims against PMBK nor is it allowed by the courts," it said.

A notice for the auction was published in local newspapers on May 13.

The notice said Maybank, as the plaintiff, would be auctioning off 11 lots of land belonging to PMBK, which is the defendant.

It said the land would be sold through public auction at the High Court in Kota Bharu on May 27.

It said the sale of the various lots will start at a reserve price of RM66.7 million.