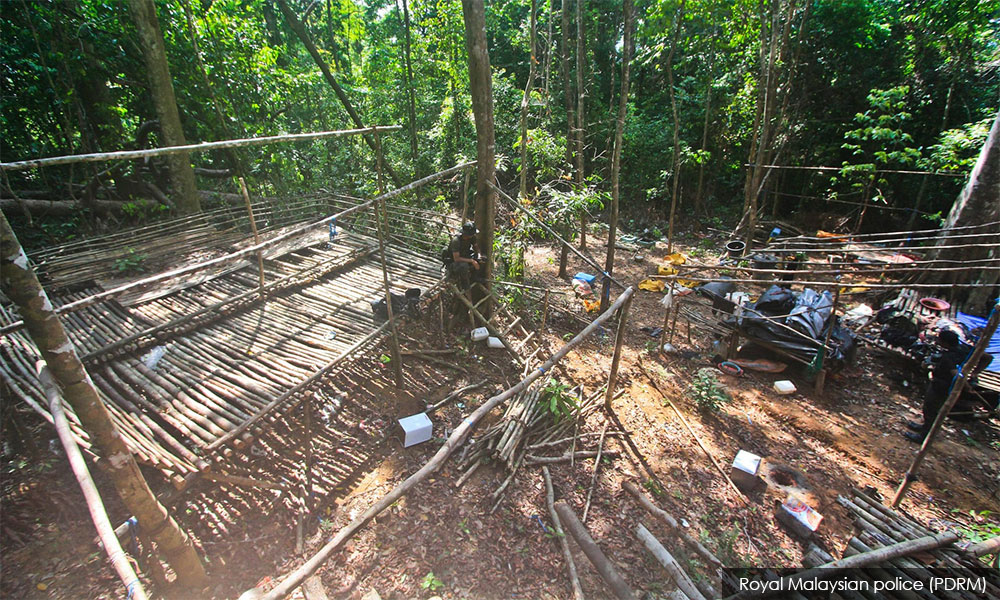 RCI: Money for release from camps in Perlis, Thailand, paid to Malaysians - Witness

The Royal Commission of Inquiry (RCI) into the discovery of temporary transit camps and mass graves in Wang Kelian, Perlis, was told today that foreigners deposited money into the bank accounts of Malaysian citizens as a condition to release their family members from the Wang Kelian camp, as well as camps in Thailand.

The 33rd witness, Inspector Mohd Suffian Abdul Rashid, who was previously an investigating officer at the Anti-Money Laundering Unit of the Crime Investigation Division, Bukit Aman, said the two Malaysians who accepted money from the foreigners into their accounts were Ku Hamid Ku Musa and Arifin Abdullah Ali.

He said investigations found that a Myanmar national deposited RM4,000 into Ku Hamid’s account on Oct 2, 2014, to release his nephew from the Wang Kelian camp, while another Rohingya deposited RM5,800 into Arifin’s account to secure the release of his uncle who was held in a detention camp in Thailand.

Mohd Suffian said investigations conducted on Ku Hamid, who was a Malaysian citizen born in Myanmar and worked as a labourer, found that he had more than RM19,000 in his bank account, as well as cashier’s cheques amounting to RM21,000.

He said Ku Hamid told him he had given his ATM card to a Thai national named Kaw to be used, but efforts by the police to track down Kaw were futile.

Mohd Suffian said money and property belong to Ku Hamid and Arifin, including their vehicles, were forfeited under Section 4(1) of the Anti-Money Laundering, Anti-Terrorism Financing and Proceeds of Unlawful Activities Act 2001 (AMLA).

Members of the media and the public could only observe the RCI proceedings for about 40 minutes today when Mohd Suffian was giving his statement.

After he finished, the RCI was conducted behind closed-doors from 10.40am until it finished at 1.15pm, as the evidence given by witnesses was confidential and sensitive.

It is understood that three witnesses gave their statements behind closed doors - two members of the public and the first witness who was recalled by RCI, Corporal Mat Ten of the Third Battalion, General Operations Force in Bedong, Kedah.

To date, 35 witnesses have given their statements to the RCI during 11 days of proceedings.

According to a statement from the Home Ministry today, the RCI will resume on May 27.