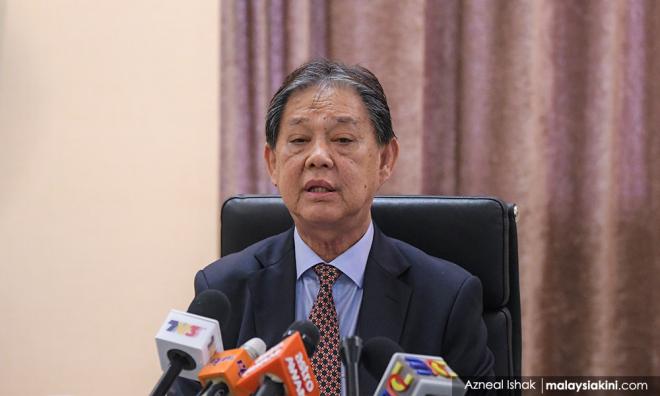 The government is expected to announce positive news on visas on arrival (VOA) for tourists after the Hari Raya Aidilfitri celebrations in June or July, Tourism, Arts and Culture Minister Mohammadin Ketapi said today.

Mohammadin said his ministry is currently in discussion with the Home Ministry to iron out certain issues, adding that an announcement will be made soon.

"We are in discussion with the home minister to sort out some issues regarding the VOA, including making it easier for tourists to come into Malaysia, being more lenient and relaxed in requirements, and increasing the number of visitors annually.

"It is going to be sorted out soon, and we will make the official announcement in the next two months after everything is ready," he told reporters after attending the preview of the Royal Caribbean International's newest and largest cruise ship, Spectrum of the Seas, at the Swettenham Pier Cruise Terminal in George Town today.

Mohammadin said the government’s intention was to make it easier for foreign tourists, especially from China and India, to enjoy their holidays here.

Last month, the Malaysian Association of Tour and Travel Agents (Matta) urged the government to allow visa-free travel access to tourists from China and India to boost the country’s tourism industry.

A similar call was also made by Penang exco Yeoh Soon Hin, urging the federal government to introduce VOA facilities for tourists from China and India landing at the Penang International Airport, in a move to tap into the lucrative tourist market.

Meanwhile, Mohammadin said Malaysia is targeting 30 million tourist arrivals and RM100 billion in tourism revenue, in conjunction with the Visit Malaysia Year 2020 campaign which will be launched next month.

"Most of our infrastructure on connectivity in the country has been sorted out and it will made more convenient for tourists to enjoy their holiday here.

"We are confident of achieving RM100 billion in tourism receipts by the year 2020, supported by growing tourist arrival and the Visit Malaysia 2020 campaign," he said.

The minister added that last year, Malaysia received a total of 25.8 million international tourists with RM84.1 billion in revenue.