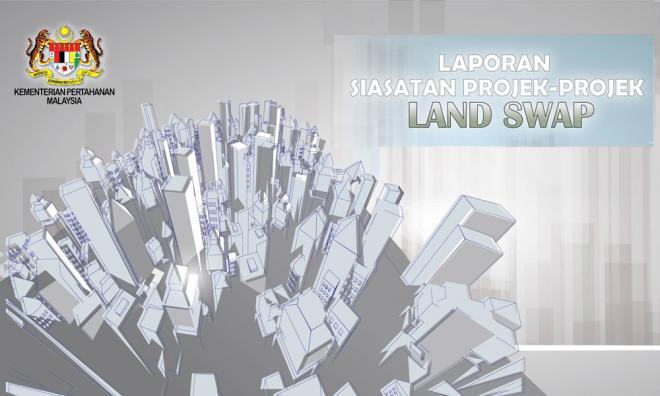 An investigation committee has found that the firing range of an army camp in Batu Pahat poses a safety risk to members of the public outside the camp.

There is no wall built on either side of the 25-metre-long firing range, whereas the nearest farm is only 50m away, said a report drafted by the Governance, Procurement and Finance Investigating Committee (JKSTUPKK).

In addition, there are residential buildings and factories just 300m and 500m away from the firing range, respectively.

The committee noted that even a pistol bullet could reach distances between 1,800 and 2,200 metres if fired upwards at a 45° angle. The calibre of the pistol is specified in the report, but redacted from the copy that is made public on the Ministry of Defence’s website.

"We recommend the ministry to review the safety aspects of the Army Infantry Battalion Camp, Batu Pahat," said the report.

Apart from the Army Infantry Battalion Camp in Batu Pahat, the investigation committee also audited 15 other land swap deals that took place since 1997.

Among others, it found that several adjustments were made in the outright sale of the 280-acre (141-hectare) Batu Kentomen army camp.

The government had wanted to move army camps, including Batu Kentonmen, out of Kuala Lumpur as it may pose a safety risk to the public due to rapid development in the capital city.

The cabinet first approved the project in principle back in August 2005.

The government had originally wanted the relocation of the Batu Kentonmen to be conducted through a land swap, not an outright sale.

However, following a discussion between the then prime minister Najib Abdul Razak and Defence Minister Hishammuddin Hussein on Feb 7, 2017, the government decided that the site of the Batu Kentonmen camp would be disposed of via an outright sale.

A developer was offered to purchase the army land for RM2.386 billion. The name of the developer is redacted from the report.

In return, the army camps and housing totalling RM1.3 billion would be built.

An additional RM1 billion would be channelled to Bantuan Bakti Negara, which is an aid scheme for army veterans who are not eligible to a pension.

The allocation for the army camp relocation was later reduced to only RM600 million, while the BBN allocation increased to RM1.7 billion.

"This showed that the original intent of the relocating the Batu Kentonmen army camp including the army housing units, to a more strategic location, was not met due to a lack of funds," read the report.

Things also went wrong when the Finance Ministry issued a guarantee letter dated Nov 30, 2017 to the Armed Forces Fund Board (LTAT), instructing it to disburse a RM52 million advance payment to BBN.

The letter was signed by the then Finance Ministry Public Asset Management Division deputy secretary.

That alone had breached the Federal Constitution provision stipulating that government revenue must be channelled into the consolidated fund, according to the report.

The investigation committee recommended the Public Services Department (PSD) probe the official named in the report for possible wrongdoing.

As of today, the agreement to finalise the sale of the Batu Kentomen army camp has yet to be inked.

The investigation committee suggested that the government should award the contract via open tender, if it decides to continue with the project.