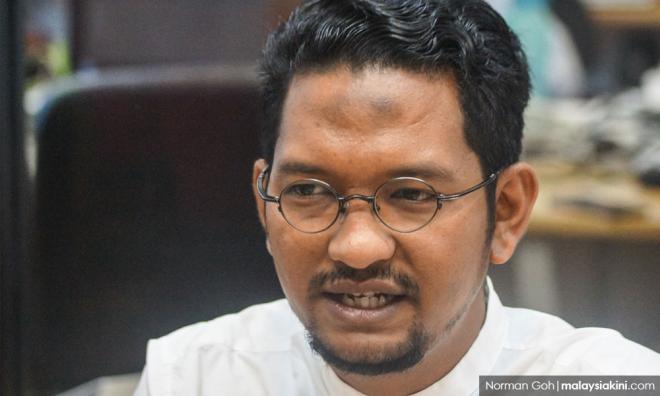 "I don't agree with and condemn the act of calling non-Muslims who enter mosques dogs, as it is very shallow," he told Malaysiakini when contacted today.

Sheikh Omar, who sits on the Islamic Dakwah Foundation (Yadim) board of trustees, was commenting on a social media post questioning Labis MP Pang Hok Liong's presence inside the Tenang Station mosque on May 10.

The post said Pang was "unclean," akin to a dog entering the mosque.

According to Sheikh Omar, taking such a coarse approach could create confusion about Islam, and make preaching to non-Muslims more difficult.

"Let's say, I, as a Muslim, want to bring a non-Muslim into the mosque to preach to him about Islam.

"Now, the non-Muslim will be hesitant about following me, thinking he will be called a 'dog' and things like that," he said.

Earlier today, Johor ruler Sultan Ibrahim Sultan Iskandar accused Pang of politicking and challenging the position of Islam by delivering a speech inside the mosque.

Pang, however, told Malaysiakini that he did not bring up political issues, but was merely distributing aid to mosques and surau in conjunction with Ramadan.