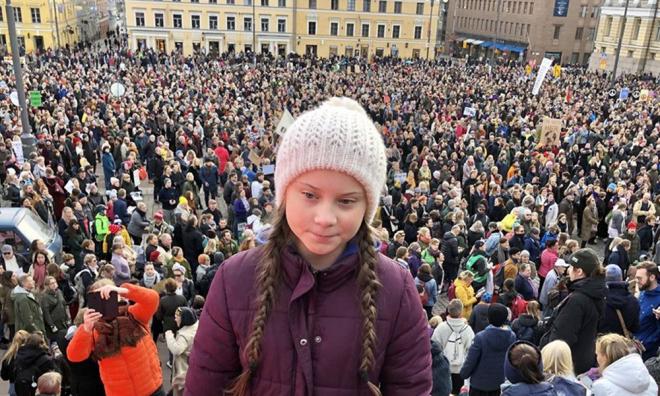 Climate change is rising up the list of voter concerns in the United States with nearly 40 percent saying the issue will be crucial in how they cast their ballots in the 2020 presidential election, according to a poll released on Thursday.

The results of the poll showed Democratic candidates, in particular, are under pressure to offer solutions to climate change, said Anthony Leiserowitz, director of the Yale Program on Climate Change Communication.

"This is truly a top-tier issue for the Democratic base," said Leiserowitz, whose program, along with George Mason University, put out the poll.

In the survey of more than 1,000 people, 38 percent of respondents said a candidate's position on global warming will be "very important" when they decide who they will vote for in the election that is still 18 months away.

The growing importance of global warming to voters follows a broader trend that has seen increasing awareness of the effects of climate change, Leiserowitz said.

It also comes as climate change is increasingly making headlines in the United States and abroad, with school strikes on Fridays now a regular occurrence and children filing lawsuits against authorities to demand more climate action.

Global warming emerged as a voting issue in the United States in the last decade, but has only recently become a central topic, especially within the Democratic Party, said Sean Hecht, co-executive director of the Emmett Institute on Climate Change and the Environment at UCLA.

In 2016, eight months before the last presidential election, voters who viewed climate change as "very important" accounted for 5 fewer percentage points than today, a similar survey conducted by the same group found.

So far, two presidential hopefuls - Jay Inslee and Beto O'Rourke - have rolled out detailed climate platforms while another, Elizabeth Warren, has offered a handful of specific proposals, Hecht said.

And candidates like frontrunner Joe Biden are under pressure to speak more specifically about actions they would take to fight global warming, said Hecht.

During the last election, no candidate had a broad climate change platform, he said.

"With the salience of wildfires in the West, sea-level rise in the Gulf Coast and Florida and the way that weather affects farmers, people are beginning to see the effects of climate change," said Hecht.

"I do think that makes a difference to voters."

The proportion of registered voters who said a candidate's views on climate change would be "very important" when casting their vote was much higher among Democrats, at 64 percent, compared with 34 percent for those registered as independents and 12 percent for Republicans.

But President Donald Trump, a Republican, has said that he would pull the United States out of the 2015 Paris Agreement, a global pact to fight climate change agreed by nearly 200 countries.