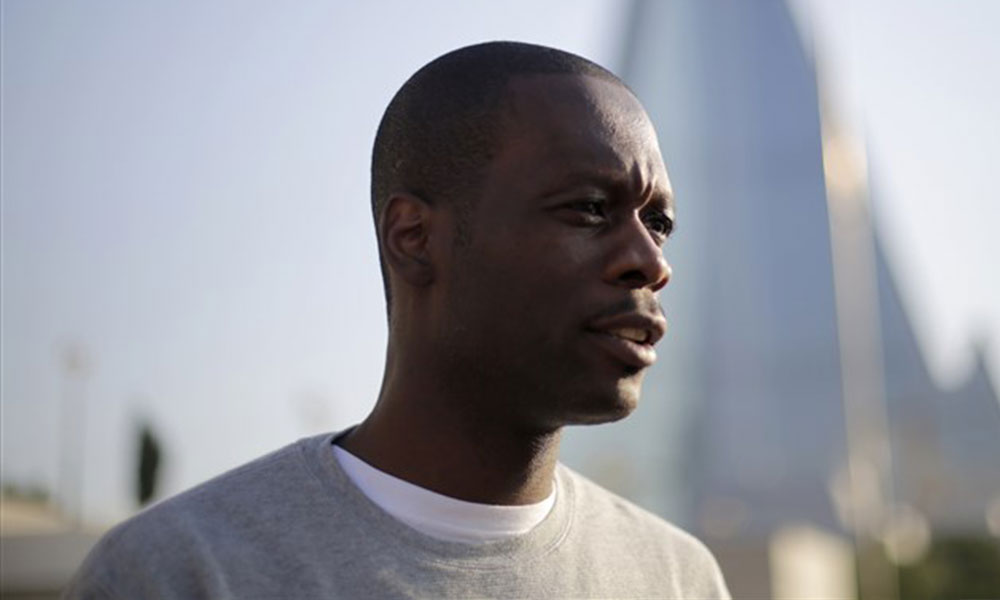 Former Fugees rapper Prakazrel “Pras” Michel appeared in court in Washington on Thursday and told reporters he is innocent of criminal charges that he conspired to funnel foreign funds into Barack Obama’s 2012 presidential re-election.

Michel said he has no plans to take a plea deal if offered one and that “every issue and everything that has been said around here” will be addressed on his new nine-track extended-play album.

“I’m totally innocent and my lawyer’s going to handle the whole trial and we’re in full compliance,” he said after appearing in the US District Court for the District of Columbia.

“More importantly, I want everybody to understand that I’m just working on my ‘Elon Musk’ EP. It’s coming out next month. I’m totally focused on that.”

Last week, the US Justice Department (DoJ) unsealed charges against Michel and Low Taek Jho, also known as Jho Low, the fugitive Malaysian businessman with a reputation for partying.

The DoJ is alleging they conspired to steer foreign campaign contributions into Obama’s 2012 campaign. It is a crime for foreign nationals to make political contributions in US federal, state or local elections.

Federal prosecutors say foreign funds totalling more than US$21 million (RM88 million) were funnelled by Low into the election, with some of the funds masked as legitimate campaign contributions through straw donors and others listed under Michel’s name.

Michel, who has pleaded not guilty to the charges, wore a navy blue blazer, jeans and sneakers for his first appearance before US district judge Colleen Kollar-Kotelly, who will preside over the case.

His attorney, Barry Pollack, told the judge he plans to file motions to dismiss the indictment and intends to argue that prosecutors brought the charges well after the five-year statute of limitations had expired.

Michel remains free on bond and is permitted to travel to his homes in California and Florida.

Although he has sought permission to skip some of the less substantive hearings, Kollar-Kotelly warned Michel on Thursday that he should remain an active participant in his own defence.

Low remains at large and is also wanted by the United States in a separate case in connection with a multi-billion-dollar scandal at Malaysian state fund 1Malaysia Development Bhd (1MDB).

Fugees
Pras Michel
Barrack Obama
Jho Low
Related Reports
1MDB: Goldman Sachs seeks dismissal of shareholder suit
a year ago
AG: US returned RM236m from Rosmah's son's company
a year ago
Roger Ng extradited to US to face 1MDB-related charges
a year ago
US, S'pore to return more than RM930m 'stolen' from 1MDB - report
a year ago
DOJ: 'Custodian' to return Jho Low's mum's diamond earrings, ring
a year ago