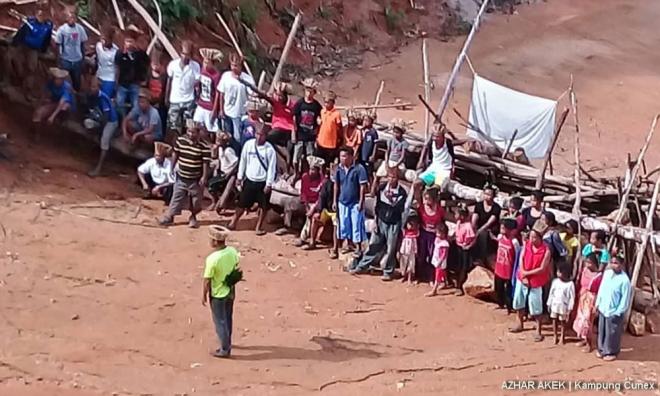 The Orang Asli Development Department (Jakoa) has defended an anti-logging blockade set up in the interiors of Gerik, which the Perak state government demolished yesterday.

Jakoa director Juli Edo (photo below) said the Kampung Tasik Cunex Orang Asli community was meant to defend their ancestral land, which has been passed down for millennia.

"The community (erected the barricade) because of their pride and ethno-history, which links them as direct descendants of the Perak Man (who lived) who lived 13,000 years ago.

"They don't want to lose their native land that they have inherited for thousands of years.

"This action was not to oppose development planned by the state government, but was an effort to protect their rights and heritage," Juli said in a statement today.

The Kampung Tasik Cunex Orang Asli community had been in a standoff against loggers since February, alleging the latter were felling trees without the community’s knowledge or approval.

Yesterday, a blockade they had set up was torn down by the Perak state government.

Perak Menteri Besar Ahmad Faizal Azumu defended the demolition, saying the blockade and logging activities were both done on state land, and that the loggers had fulfilled requirements to carry out their activities.

He also said that the Kampung Tasik Cunex was a splinter village from the Kampung Sungai Sarok Orang Asli settlement, which encroached into the Air Cepam forest reserve that is owned by the state government.

Juli said he hoped an amicable solution can be found for this issue, which would take into account the Orang Asli community's rights.