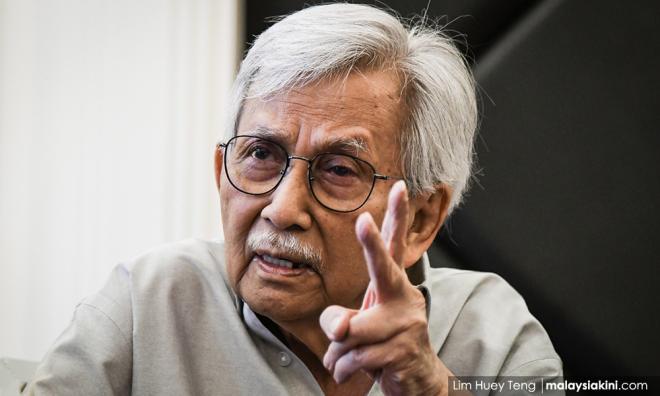 "I asked Najib, who negotiated the East Coast Rail Link deal? Until now he has not replied.

"That's why I said, the problem with (Pakatan) Harapan is that they seem to dance to the tune of Najib. They should not.

"Focus on your own narrative and forget about him. Instead, they are concentrating on replying to him. Why waste time?" the former Council of Eminent Persons chairperson told Focus Malaysia.

Daim said this when asked about how Malaysia should approach working with China.

The former finance minister said it is to go in with eyes wide open, not just with China but any foreign government or company.

Meanwhile, Daim reiterated his complaint about the communication woes of Harapan ministers, not only among themselves but also with MPs and party members.

"It is a gross understatement to say that government's communication is lacking.

"The most glaring perhaps is the poor communication between cabinet ministers and the rakyat.

"Because of this poor communications, simple issues become complicated, positive issues become negative and good intentions are turned on their heads," he added.

Daim said the current cabinet might be making such mistakes due to lack of knowledge regarding laws, procedures and protocols.

Therefore, he urged the government to buck up and learn its subject matter before speaking or risk coming off looking silly or arrogant.