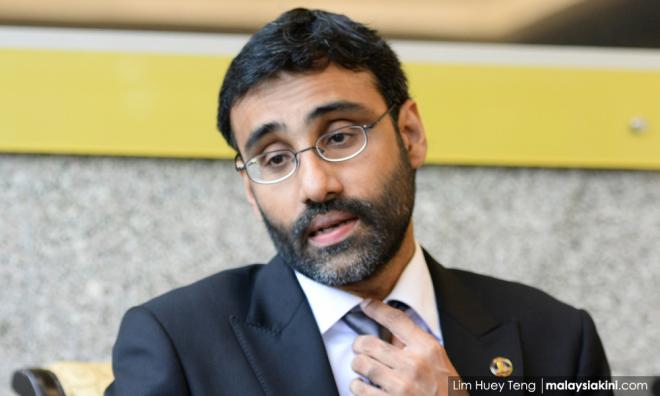 Lawyer calls on S'pore to halt yet another execution of M'sian

Lawyers for Liberty has called for a halt to the execution of yet another Malaysian in Singapore, scheduled for next Friday.

In a statement, its adviser N Surendran also urged the Malaysian government to make strong representations for the death sentence imposed on P Pannir Selvam, 32, to be commuted to imprisonment.

Surendran also lamented the short notice given to the inmate's family of his imminent execution.

"Pannir's family in Kuala Lumpur was notified by Singapore on May 17 that he would be executed by hanging at Changi prison at dawn on May 24.

"In the letter of notification, the Singapore Prison Service has asked the family to make the 'necessary funeral arrangements for Pannir.

"The mere one-week notice for the family to prepare for the hanging and to spend time with Pannir is oppressive and unjust to both Pannir and his family," said Surendran.

He has denied knowing he was carrying prohibited drugs, and the Singapore High Court judge, in convicting him, had also found that he was a mere drug mule, said Surendran.

According to the lawyer, Pannir had also assisted the Singapore authorities by providing critical information about a fellow Malaysian, who is believed to be the mastermind, and had allegedly duped Pannir into carrying the package to Singapore.

The individual is believed to be still active in the drug trade in Malaysia.

Despite this, Pannir was "unreasonably" denied the certificate of assistance by the public prosecutor.

"The certificate would have enabled the court to pass a sentence of life imprisonment instead of death."

Surendran also pointed out several alleged instances where the clemency petition to the Singapore president was handled in a rushed manner.

Thus, he urged Malaysian intervention in the matter.

"Malaysia cannot stand by and watch as our citizen's rights are denied and subsequently executed. We urge the government to make strong representations to Singapore for the execution to be halted, and for the sentence to be commuted to imprisonment.

"This is particularly so as the Malaysian government has announced that the death penalty for drug offences in Malaysia will be abolished.

"We further urge Singapore not to proceed with the hanging of this young Malaysian. Singapore will not rid the island of the drug problem by hanging low-level drug mules. Instead, it will only gain the abhorrence of the civilised world for its brutal and ineffective methods."