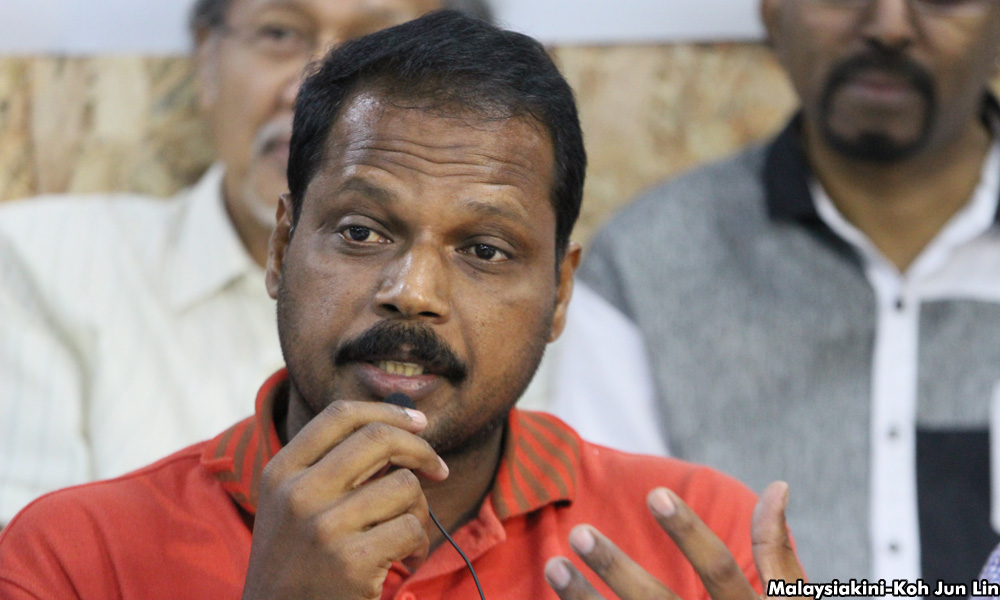 Sungai Siput MP S Kesavan has brushed off allegations that he had harassed a woman who had lodged a police report against him.

Instead, Kesavan, in a statement today, claimed that he became depressed after the woman attempted to call him numerous times and threatened to humiliate him, as well as trying to ruin his marriage, since a month and a half ago.

This prompted him to lodge a report against the woman early this month after he consulted PKR vice-president Rafizi Ramli, he said.

"Since a month and half ago, she started to call me numerous times every day. She also complained to other PKR leaders such as Rafizi because I had distanced myself (from her).

"She had threatened to expose a recording to humiliate me and told me to 'go die'," he said.

Kesavan, 47, did not elaborate on the recording.

He claimed that the woman had also verbally assaulted an MIC politician last year through a phone call.

"If it's true that I had sexually harassed her, why was she still trying to call me numerous times until early this month? She had also called my wife," he said.

Kesavan also pointed out that the woman is not his aide but a volunteer who had helped in his political campaign.

"I was contacted by this woman when I was the Hutan Melintang assemblyperson in 2017.

"She is said to be a lawyer and offered her help to prevent the move of phantom voters into my area. I accepted her to be my volunteer just like any other volunteers who help political parties."

He said that after he became the Sungai Siput MP in May last year, the woman expressed her wish to help him voluntarily although she has a family in Puchong.

Kesavan added that the woman, who initially acted like a good friend, started to change and disturbed him by making phone calls numerous times a day.

"If I didn't answer her call, she would get angry. When I answered, the conversation would end up being more than an hour every time."

He claimed that the woman had also started to interfere in his marriage and badmouthed about his wife to the latter's colleagues.

Kesavan claimed that by September last year, it was clear that the woman was smitten with him.

"Things got difficult when she interfered with the work at my service centre in Sungai Siput. She wanted to have several employees sacked and scolded me when I refused to do so.

"Several months ago, she had claimed to be my special aide. She contacted government officers and gave instructions using my name," he said.

The woman had also insisted on being provided with a pass so she could follow him to Parliament sittings, he claimed.

"I wrote a letter to the Parliament's security management to allow her to enter the building. She used that letter to claim that I appointed her as my aide."

Kesavan added that he will give his statement to the police and cooperate fully in the investigation, including handing over the evidence that the woman had disturbed and threatened him in a bid to ruin his marriage.

"I am happy with my wife and I don't plan to get involved in any relationship which could affect my marriage. I am ready to face the slander against me."

He said that she is a former research officer and a treasurer for the Sungai Siput PKR.

"In the report, she stated that she was harassed and humiliated by a man who is an MP. The incident is said to have taken place several times since December 2018," said Fadzil in a statement.

He added that police are currently taking statements from several witnesses in regard to the case.