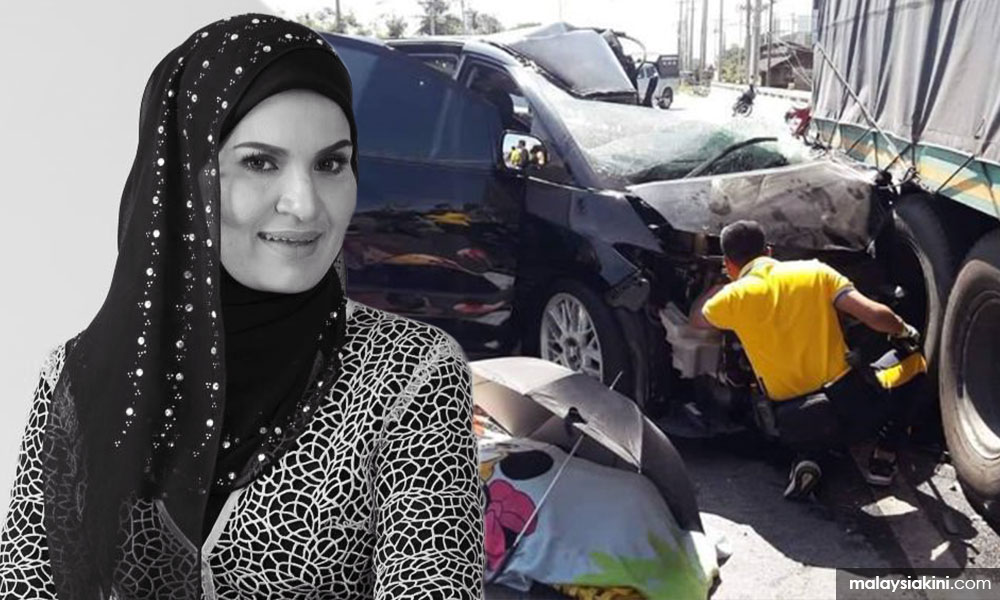 She was travelling in a Toyota Estima car, with her husband, Ahmad Shah Rizal Ibrahim, 42, at the wheel, when the mishap occurred at 10.30am.

“I have just lost my beloved mother in a road accident. I am now on my way back to my village. To all of you, recite the Al-Fatihah for my mummy, Faziani Rohban Ahmad."

"May she be placed with the pious,” he wrote.

It is learnt that Faziani’s remains had been taken to Pattani Hospital.

Faziani, 40, from Kota Bharu, Kelantan, became popular because of her skincare product, especially in the east coast.