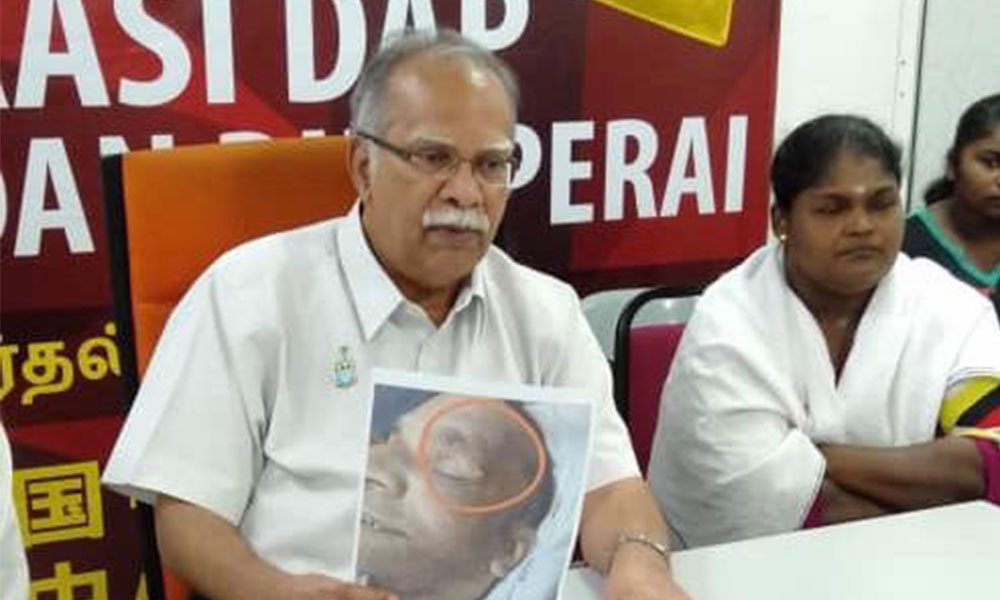 Latest Penang custodial death a curse on the poor: Ramasamy

The shocking custodial death of prisoner Annbhalagan Muthu is a curse on the poor and the unfortunate, said Penang Deputy Chief Minister II P Ramasamy.

Ramasamy said the 44-year-old prisoner, who was under remand, was transferred from a prison in Perlis to one in Penang only two weeks ago.

This followed the request of his immediate family so that they could visit him often.

"But unfortunately, Annbhalagan died a sudden death on May 11 and his death was described as 'hanging' by the doctor who performed the post-mortem on the same day," Ramasamy told Malaysiakini.

Annbalagan was found guilty of housebreaking and was sentenced to three years’ jail at the Kangar Prison.

The deceased odd-job labourer's wife Deviga Supramani, 41, and her three children were at a press conference at Ramasamy's Perai service centre.

She said that there was nothing unusual in the behaviour of her husband who called her just before he died.

"She does not believe that her husband could have committed suicide in prison by using a blanket," Ramasamy added.

"She is wondering whether her husband was assaulted before he committed suicide or the whole episode was made to look like a suicide," he said.

In her police report on May 17, Deviga mentioned that she was summoned by the prison warden on May 11 to be informed that her husband had committed suicide by hanging himself.

At the same time, she said she noticed an injury mark on her husband just above his left eye.

"In her police report, she mentioned the fact that her husband, who had never complained about anything, could just take his life all of a sudden," Ramasamy said.

"She thinks that there is something suspicious about her husband’s death," he said.

Ramasamy denied accusing the prison authorities over the death of Annbhalagan but said his family must know the truth of what really happened.

"Did he really commit suicide or was he assaulted? What is the real cause of his death?

"Why was the doctor so unprofessional in his report when he described Annbhlagan death's as being a result of 'hanging'?" Ramasamy asked.

"Was this the right medical term to be used?" he queried.

Ramasamy said the Penang General Hospital could come up with a more detailed report on the cause of the death and why the injury mark above the left eye was not addressed in the death certificate.

He added that a second post-mortem might clear up the matter of Annbhalagan’s death.

He stressed that the family wanted immediate answers on these and other related questions.

"Since a police report has been lodged by the wife, I would expect the police in Penang to act on the matter," Ramasamy said.

"The refusal by the police initially to allow the wife to lodge a report and the earlier comment by the police that her husband should be cremated rather than buried are unnecessary and uncalled for," he added.

"Whether these are the irresponsible acts of the police or whether there is a cover-up, this needs to be probed.

"Invariably, there is a class element to deaths and injuries in custody," Ramasamy noted.

"Those who die or get injured or assaulted in custody whether in police stations or in prisons are members of the working class, irrespective of their ethnic or religious affiliation.

"In other words, custodial deaths have become the curse on the poor and the unfortunate," Ramasamy lamented.

Malaysiakini has contacted the police and is awaiting their response.