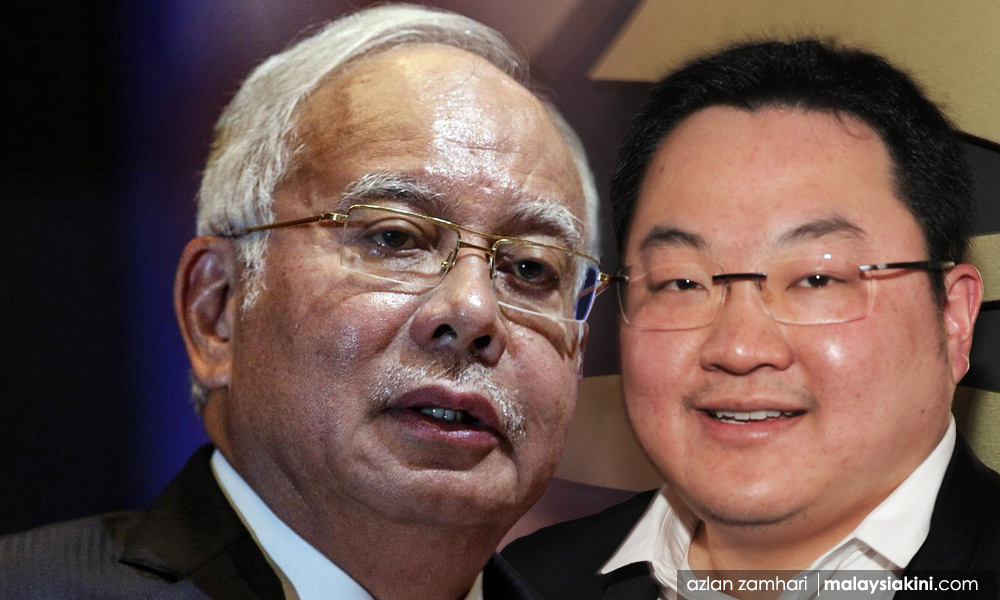 "The forfeiture notice against me and my family is on the grounds that the value of the assets does not commensurate with our total income," the former prime minister said in a Facebook post.

"Not once in the forfeiture notice was there mention in detail that the assets were purchased by Low using 1MDB funds."

Najib was referring to a report by The Edge Weekly that said investigators traced hundreds of millions of dollars in 1MDB funds to four company accounts in Singapore.

These companies allegedly spent US$247.59 million (RM1.03 billion) of 1MDB-linked funds to purchase jewellery from 30 jewellers from around the world, with many of the items found during last year's raids on the Pavilion Residences units in Kuala Lumpur.

In his Facebook post, Najib repeated his claim that the items were gifts from foreign dignitaries when he was the prime minister.

Police are seeking to forfeit the items seized from the Pavillion Residences units, estimated to be worth RM711 million.

The raid on the Najib-linked properties on May 18 last year yielded 72 bags of cash and jewellery, as well as 284 boxes of designer handbags.

Najib cast doubt on the allegations of grand corruption against him, stating that the forfeiture action was civil and not criminal.

He had previously used the same argument to dispute the US Department of Justice's civil forfeiture suit against US$1.7 billion in assets allegedly stolen from 1MDB.

The DOJ believes at least US$4.5 billion was misappropriated from the state investment firm. It has since followed up with criminal action against Low and his associates.

Najib Abdul Razak
Low Taek Jho
Related Reports
Report: Cops find Jho Low connection to jewels at Najib-linked units
a year ago
Najib: Cops returning my assets would prove I'm not corrupt
a year ago
Court strikes out Umno suit to reclaim RM116.7m impounded by police
a year ago
Prosecution seeks to transfer Rizal's case to same court with Rosmah's
a year ago