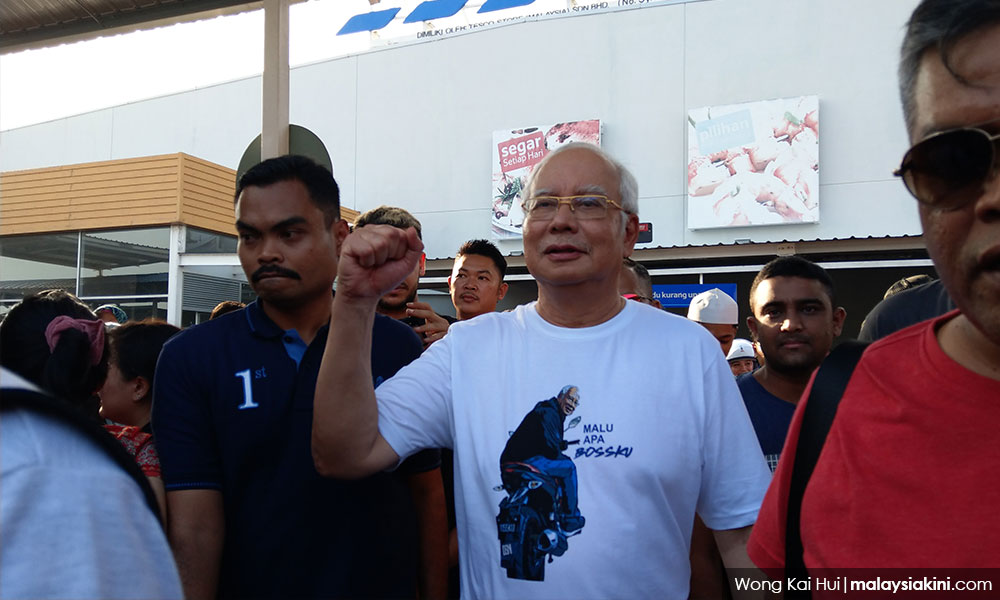 MP SPEAKS | For the past several months before the Sandakan by-election on May 11, former prime minister Najib Abdul Razak’s highly-funded cybertroopers had been hammering hard on one theme – enough had been said about the 1MDB scandal and Najib’s kleptocracy, the 14th general election is over and let the courts decide whether Najib is guilty of corruption, but for now, the ball is in Pakatan Harapan’s court and let’s hear what the Harapan government had achieved to lower the cost of living and bring about institutional reforms.

In January, Najib’s cybertroopers invented the shameless "Malu Apa Bossku" campaign which seemed to have taken certain sections of the population by storm. It enabled the Umno-PAS axis, with backroom support by MCA and MIC in Peninsular Malaysia and PBS and other opposition parties in Sabah and the GPS in Sarawak, to score triple victories in the Cameron Highlands, Semenyih and Rantau by-elections.

The "Malu Apa Bossku" campaign also encouraged the opposition MPs in Parliament to block the passage of the Constitutional Amendment Bill on Article 1(2) of the Malaysian Constitution as an important first step to implement one of the five "pillar-promises" of the Harapan’s GE14 pledge to "return Sabah and Sarawak to the status accorded in Malaysia Agreement 1963".

One important lesson for all Malaysians from the Sandakan by-election is never to forget the 1MDB scandal or Najib’s kleptocracy if Malaysia is ever to become a nation of integrity and excellence respected by the world.

In fact, the "Malu Apa Bossku" campaign violates the fifth principle of Rukunegara on morality and good behaviour. It is a challenge to the National Anti-Corruption Plan 2019-2023 and an obstacle to the national mission to transform Malaysia from a global kleptocracy into a leading nation of integrity.

The 1MDB scandal and the hauling of Najib, his wife Rosmah Mansor, and his ministers like Ahmad Zahid Hamidi and Tengku Adnan Tengku Mansor; Umno bigwigs like former Sabah chief minister Musa Aman and Isa Samad; and Najib’s right-hand men like Arul Kanda Kandasamy, Mohd Irwan Serigar Abdullah and Muhammad Shafie Abdullah send a clear notice to the world that Malaysia is serious about wiping out the infamy, ignominy and iniquity of a global kleptocracy.

But this is inadequate to establish Malaysia as a model nation of integrity to be included in the top 20 list of countries in the annual Transparency International Corruption Perception Indices.

Dare we dream and aim to be listed in the Top 20 of the Transparency International Corruption Perception Index in the next decade?