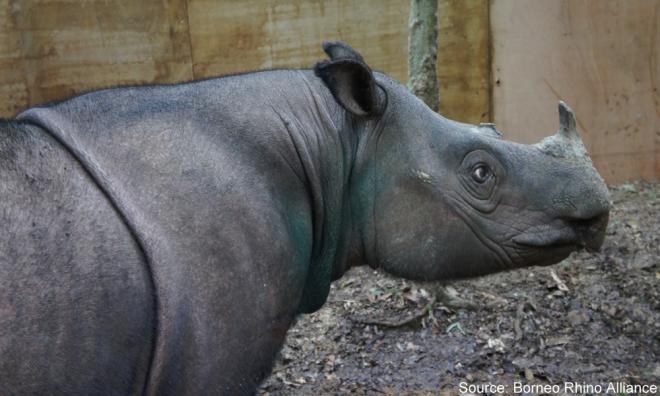 Tam, the last male Sumatran rhinoceros in Malaysia, is not in the best of health, said Sabah Tourism, Culture and Environment Minister Christina Liew.

She said that Tam’s health condition was becoming more serious and worrying.

‘’His appetite and level of activity have dropped suddenly since the end of April and, currently, Tam is being given medicine daily because some of his internal organs are not functioning well,’’ she said in a statement in Kota Kinabalu today.

She said Tam was caught in Kretam in August 2008 and had been taken out of the jungle which had been turned into an oil palm plantation.

In June, 2017, Puntung (photo, above), one of the last three Sumatran rhinoceros at that time, died after it was euthanised, after suffering from skin cancer in the Tabin Wildlife Forest Reserve.