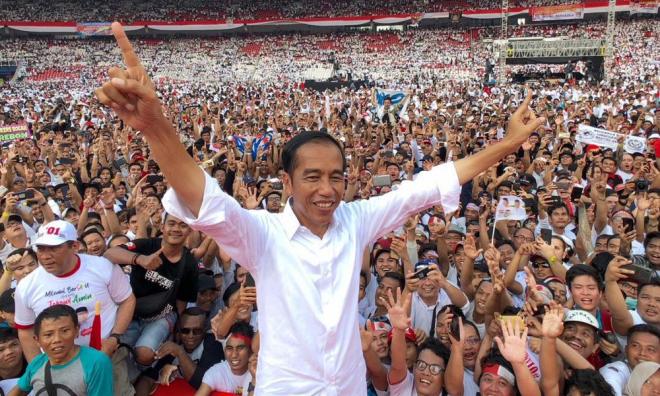 Incumbent President Joko Widodo (Jokowi) was announced the winner of the Indonesian Presidential Election (Pilpres) 2019, to continue leading the world’s third largest democratic country for the next five years.

General Election Commission (KPU) announced the result of the Pilpres at 1.46 am (Western Indonesia time) today, a day earlier than expected, after the vote counting process at 813,350 polling centres was completed at 11.30 pm Monday.

The 16.95 million-vote majority obtained by Jokowi was higher than the 6.4 million vote-majority he secured in the 2014 election, during which he was paired with Jusuf Kalla to defeat a Prabowo-Hatta Rajasa combination.

KPU chief Arief Budiman, when announcing the result, also called on all dissatisfied quarters to file their petition to challenge the result at the Constitutional Court.

“It must be done within three days after this announcement. If not, we will declare the victory to this winning candidate.

“If there is a petition, then we have to wait until the whole process of the Constitutional Court is solved. The swearing in of the new Indonesian President for the term 2019-2024 is scheduled for Oct 20, 2019,” he said.

The KPU had initially estimated the vote counting process at all 34 provinces in the country to complete on May 22.

The general elections were held in Indonesia on April 17.