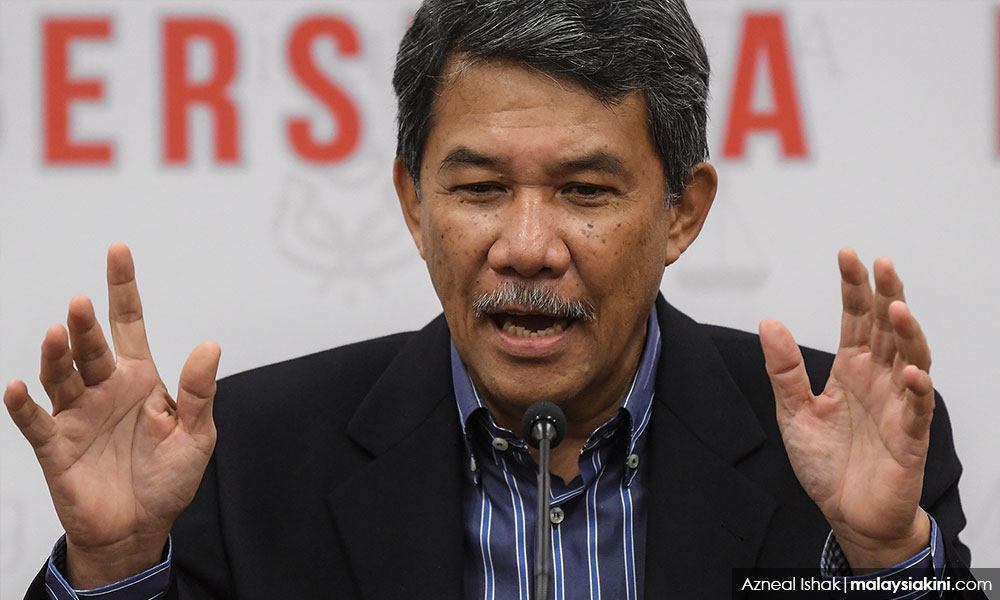 It is not appropriate for the Umno grassroots to call on party president Ahmad Zahid Hamidi either to resign or continue to take leave, said the party's acting president Mohamad Hasan.

He said it was best for Umno to retain the status quo as the party was already on the right track and it should not create any issue that could complicate the situation.

"We will just follow the status quo where I (continue) to carry out presidential work and Datuk Seri (Zahid continues) to take leave. Isn't that better ?" he was quoted today by Sinar Harian as saying.

Mohamad, who is the Rantau assemblyperson, said Umno was calm now and leaders at all levels had tried their best to unite the party so that it could rise again.

He called on Umno leaders and members to refrain from making statements that would lead to internal conflict.

Mohamad was responding to Tebrau Umno division chief Maulizan Bujang who called for Zahid to continue to remain on leave or step down.

Maulizan said Umno has enjoyed higher public confidence under the leadership of Mohamad.

"Zahid should continue to take leave. Stop playing the trick to make a comeback (as president) as this is not good for the party," he said in a recent statement, adding there was an attempt to bring Zahid back to lead the party.

Zahid, who is facing 47 charges of money-laundering, criminal breach of trust and corruption, was said to be the reason behind the exodus of lawmakers from Umno to the opposition.

Sources close to Zahid said the party president has no plans to end his garden leave.

mohamad hasan
ahmad zahid hamidi
Related Reports
Umno Youth distances itself from division chief's views on Zahid
a year ago
Umno to amend constitution to oust Zahid, Najib?
a year ago
Report: Zahid warned against late completion of Hutan Melintang camp
a year ago
Zahid's bid to retrieve passport for umrah dismissed
a year ago