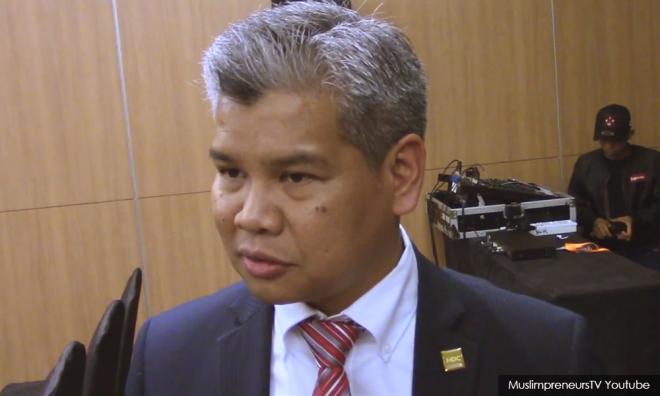 “Along the Obor route, there are about 10 Muslim-majority countries and we have identified opportunities in these new markets.

“For example, in Kazakhstan and part of Russia, whereby our ministry will be having a joint economic commission meeting (with its Russian counterpart) at the end of this year,” Hanisofian told Bernama during a four-day working visit to the Seoul Food 2019, which began yesterday.

Last March, HDC signed a memorandum of understanding with Kotra, with the strategic aim of enhancing halal bilateral trade and investment exchange, as well as market access for halal products and services between both countries.

Elaborating further, Hanisofian said these countries had been showing a keen interest in their domestic halal industry developments.

“We are expanding into these countries via internationalisation approach based on five main features, namely opening new markets, rebranding, expanding services and products from Malaysia, human resources development and thought leadership, which uses Malaysia as a reference centre for the world’s halal industry,” he said.

He said HDC would also leverage its halal services by exporting more food products to China, home to 1.4 billion people, of which 26 million are Muslims, with its domestic halal market growing by 10 percent per annum.

The international forum was attended by 37 world leaders and 5,000 representatives from 150 countries.

Also in the same month, Malaysia received an injection of RM3.7 billion in palm oil deal, following the revival of the stalled East Coast Rail Link.

Hanisofian also said that apart from new trade collaborations with the 10 countries, the HDC, which falls under the Economic Affairs Ministry, would also be focusing on its cooperation with South Korea.

"In South Korea, we are going to focus on the education sector as well as human capital development, involving cooperation between our local universities and the Korean ones.

"We also see opportunities in the Muslim-friendly hospitality sector, as well as sharing expertise in terms of research and development, and innovation,” he said.

Asked about the potential export value for the year, Hanisofian said it was a tad premature to project.