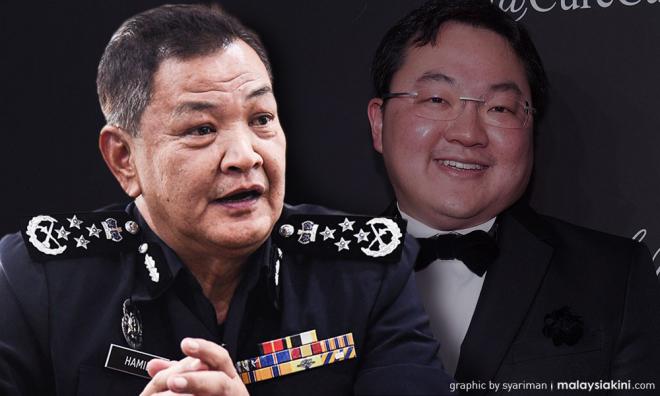 Hamid said the police will be doing their best to bring the fugitive businessperson, who is linked to scandal-plagued 1MDB, back home in the nearest future.

However, the newly minted IGP declined to reveal on the new leads that have been obtained by his men.

“I am serious (about the new leads) but have patience. Where he plans to hide… won’t be safe for him. We will bring him home because everyone is waiting,” Hamid told reporters after a brief visit to the Kelantan side of the Malaysian-Thailand border in Pasir Mas today.

Asked whether Low was hiding in China, he merely replied: “I did not say that.”

Hamid said Low’s actions have plunged the country into high levels of bad debt, adding that the businessperson should be responsible for the mess.

Not mincing his words, the nation’s top cop said Low’s move to hide behind his lawyers in Macau and Hong Kong when making statements is also nothing short of cowardice.

“The country has high debts because of his robbery. When he is brought to court, Insya-Allah (God willing), all (his) scams and lies will be revealed,” he said.