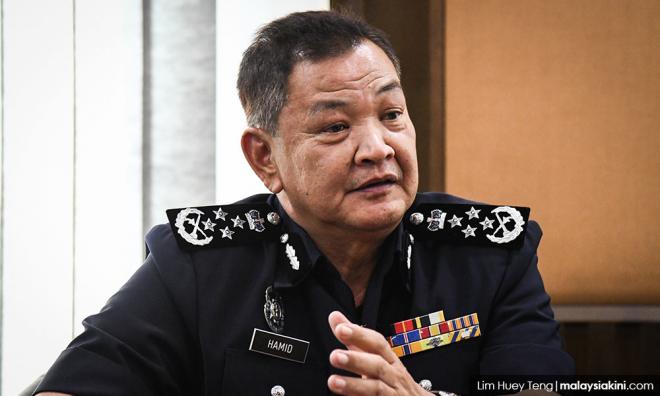 Inspector-General of Police Abdul Hamid Bador said today that he will be using feedback from recent police contingent visits to raise several concerns to the Home Ministry on the welfare of his officers.

Hamid said housing was definitely a problem, especially in the Klang Valley, where rent is expensive given the low salaries and allowances of police personnel.

“The affordable ones are mostly out of range, and this is causing them to be really burdened financially,” he told reporters after a brief visit to the Kelantan side of the Malaysia-Thailand border.

Hamid said, however, that members of the force are aware of the nation’s financial situation and constraints at present, adding that they were willing to wait for the government to nurse it back to health.

He also praised the Kelantan police contingent and the GOF9 for successfully patrolling and protecting the nation’s borders, despite constantly being exposed to dangerous situations.

“I want to take this opportunity to remind all officers and personnel to uphold their integrity and always be wary as this (Op Wawasan border) area is very sensitive.

"There is smuggling of firearms here, and we can’t rule out untoward things happening,” he said.

In another development, Hamid said he has directed the chiefs of the Selangor and Kuala Lumpur police to closely monitor the areas where African nationals are concentrated.

Hamid said the move should not be seen as racial profiling, but mainly as a result of the many police reports lodged against the community of late.

“I read complaints by residents of Desa Aman Puri in Kepong, who have had to tolerate the African community’s inappropriate behaviour there, including being drunk and dancing semi-nude,” he said.

Amid focus on IPCMC, Kit Siang highlights welfare aspect of police reforms
19 May 2019
Welcoming the IGP's assurances on the IPCMC
6 May 2019
Hamid Bador: I'll ensure IPCMC serves both cops and the public
4 May 2019
Muhyiddin: Disbandment of police taskforce part of gov't reform agenda
27 Apr 2019