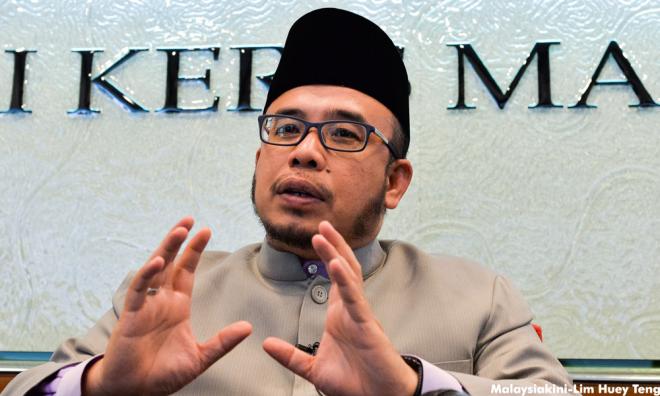 Perlis Mufti Mohd Asri Zainul Abidin has apologised over images of arson suspects together with PAS president Abdul Hadi Awang that were uploaded onto his Facebook page by an administrator.

The implicated persons are suspected to have torched the mufti's vehicle in front of his house in March.

In a separate Facebook post today, Asri said that just because the suspects appeared in these images with certain leaders, it does not mean that said leaders agreed with their actions.

"This is particularly true in a time where people are obsessed with taking pictures with leaders and famous individuals.

"If it has been proven that a person's actions were based on the suggestion or incitement of a leader, only then can the leader be implicated," he said.

Asri acknowledged that the images gave a negative perception of Hadi, and admitted that it should not have happened.

"Therefore, representing this (Facebook) page, I would like to apologise if the wrong perception had been created before the conclusion of the police investigation.

"We want to wait for the police's official statement.

"Personally, I trust that the PAS president, with his position, would not make such a heinous order (to torch my car). Other quarters need to be investigated," he said.