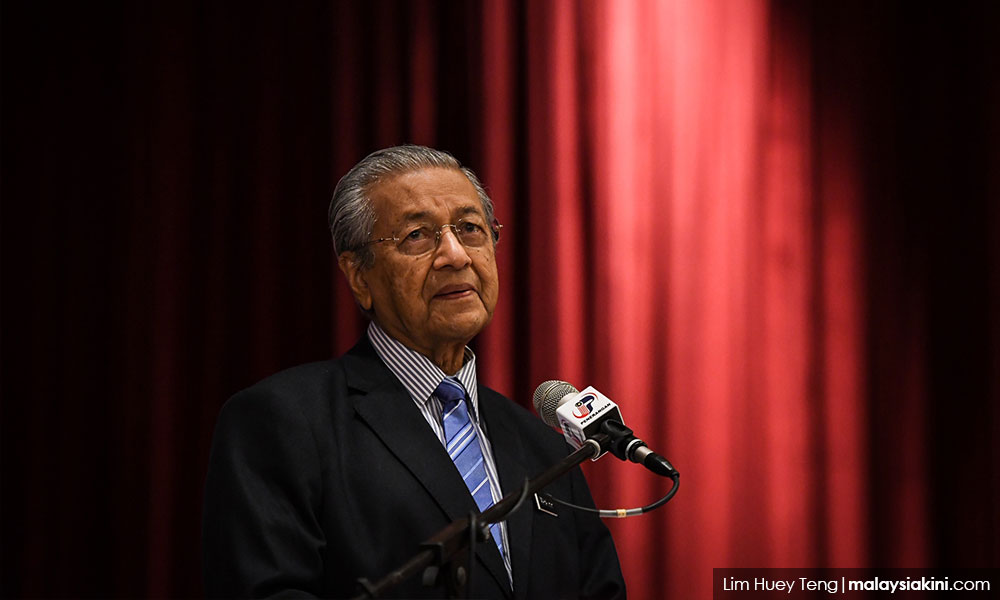 Prime Minister Dr Mahathir Mohamad said standing up for Palestine is a moral obligation, and that Malaysia will continue to condemn Israel for its aggression and cruelties on Palestinians.

"And we will not keep quiet for as long as we see the atrocities and injustices committed by the Israeli regime," he said.

He added that most Malaysians are familiar with the sufferings of the Palestinians, and Malaysia on its part has attempted to take their cause to the international platform.

"Our people have joined other like-minded citizens of the world to protest the cruelties of Israel.

"Malaysians have joined flotillas and land convoys to break the siege on Gaza as well as other protests, all aimed at reminding the international community of the plight of the Palestinians.

"Much as these efforts have yet to bear any substantial results, they have, however, served as a reminder to the Israeli regime and the powerful nations that prop it up that we will not be closing our eyes to the blatant injustices."

Mahathir said that Malaysia will not be silent as it witnesses the hypocrisy of the powerful nations in dealing with the Palestinian plight, and their continuous support for Israel’s crimes against humanity.

"I have said it many times before. If there is ever a chance for world peace to be achieved, the Palestinian issue needs to be resolved.

Mahathir said for as long as the issue is not resolved and the Palestinians are not given justice, the Middle East will forever be in conflict, giving birth to terrorism and militancy, and spreading to the rest of the world.

"The terrorism and militancy are direct results of the state terrorism committed by Israel, a matter conveniently ignored or brushed aside by the powerful Western nations," he added.

Mahathir pointed out that even today, the very nations that created the monstrosity called Israel, are still up to mischief, rewarding Israel with Jerusalem by declaring it Israel’s capital.

"Israel keeps violating international laws and human rights daily. Israeli settlements are built every day and Palestinians are denied access to their own lands," he said.

Mahathir said PCOM has been committed to the struggle for a free Palestine, and that it plays a significant role in building cross-cultural understanding between Palestine and Malaysia.

It does this, he added, by raising awareness about the Palestinian issue and reaching out to Malaysian officials and political parties to mobilise political support for Palestinian rights.

Advertisement
01
Anwar: Nothing personal against Dr M, we can agree on issues
12 Jul 2020
02
Umno Youth chief: No choice but dissolution if Muhyiddin' motions fail
12 Jul 2020
03
Adib's family upset with IGP, against revising decision on cause of death
12 Jul 2020
04
ADUN SPEAKS | Mary Josephine will never walk alone with DAP
12 Jul 2020