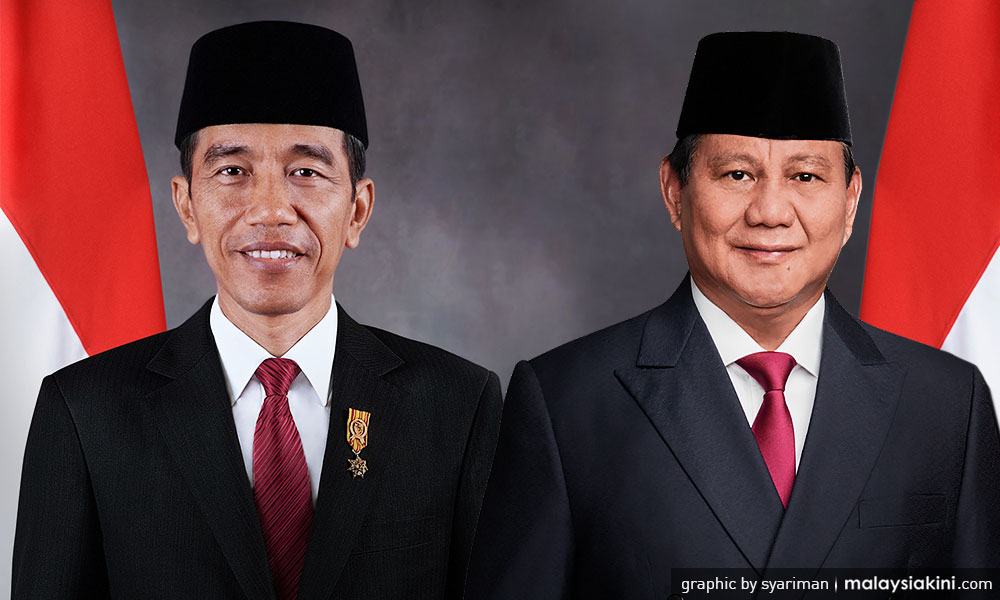 Protesters, police clash in second night of protests in Indonesia

A clash between Indonesian security forces and protesters angry over the result of last month’s presidential election raged for a second night on Wednesday, turning central Jakarta into a battlefield of tear gas, rubber bullets, rocks and firecrackers.

Protesters tore up slabs of pavement, destroyed street signs and set fire to food stalls and security posts, but their numbers thinned as the night wore on. Indonesian TV showed dozens of riot police trying to sleep on debris-strewn streets.

The capital’s governor, Anies Baswedan, said six people were killed in the first night of rioting, which was concentrated in the sprawling textile market neighborhood of Tanah Abang. State news agency Antara reported that three hospitals had treated more than 350 people for injuries.

The unrest followed an announcement on Tuesday by the General Election Commission confirming that President Joko Widodo had beaten his challenger, former general Prabowo Subianto, in the April 17 poll.

Widodo won more than 85 million of 154 million votes cast, but Prabowo alleged “massive cheating and irregularities” and refused to concede defeat. The election supervisory agency has said there was no evidence of systematic cheating, and independent observers have said the poll was free and fair.

A crowd of protesters swelled outside the supervisory agency’s headquarters on Wednesday, some carrying wooden poles and some with toothpaste smeared around their eyes to mitigate the effects of tear gas.

Many left peacefully, but as night fell others hurled firecrackers and other objects at officers and set blazes as they tried to breach barbed wire separating them from police. Police responded with tear gas, rubber bullets and water cannon.

Medics were seen treating dozens of protesters affected by tear gas and using oxygen to revive some who had passed out.

Many of the protesters appeared to have come from outside Jakarta and police found envelopes containing money on some of the people they searched, national police spokesman Muhamad Iqbal told a news conference on Wednesday.

“This is not a spontaneous incident. This is something by design. There are indications the mobs are paid and bent on causing chaos,” he said.

Vice President Jusuf Kalla called on Prabowo and his running mate, Sandiaga Uno, to rein in their supporters.

“When there is rioting the losses affect us all, the economy as a whole and the people. Remember, what happened in 1998 could happen,” he said in televised remarks, referring to rioting in Jakarta two decades ago in which about 1,000 people were killed.

Prabowo has called for peaceful protests and restraint.

“I urge all sides, the people who are expressing their aspirations, the police, the military and all sides to refrain from physical abuse,” he told a briefing on Wednesday.

His political party, Gerindra, said on Twitter: “We saw efforts to herd public opinion so that the peaceful protest would look like disturbing acts, with an end goal of discrediting Mr. Prabowo.”

A Prabowo campaign official said his camp planned to contest the result of the election - which gave Widodo a 55.5 percent share of votes against 44.5 percent for his challenger - in the Constitutional Court on Thursday.

Prabowo also launched an unsuccessful legal challenge after he was defeated by Widodo in the 2014 election.

Analysts have said Widodo’s double-digit margin of victory means the opposition does not have a strong case to claim rigging. However, Islamist supporters of Prabowo could cause considerable disruption.

Islamist groups have in the past been able to mobilize mass support.

They organised a series of massive protests from late 2016 against then-Jakarta governor Basuki Tjahaja Purnama, the first ethnic-Chinese Christian to hold the job, who was subsequently jailed for insulting the Koran.

Authorities say 40,000 police and soldiers have been put on duty across Jakarta to maintain security this week. The government has also temporarily blocked some social media functions to prevent inflammatory hoaxes and fake news that could fan unrest.

Jakarta police tweeted on its official account a short video of topless men, some with heads shaven, squatting in two lines, with a caption that described them as “hundreds of rioters” who had been arrested.

At a news conference, police displayed suspects in orange jumpsuits as well as petrol bombs, makeshift arrows, sickles and cash in envelopes.

Police chief Tito Karnavian, showing reporters a sniper rifle with silencer and two revolvers that were seized from people arrested days before the rioting broke out, said: “There is an effort to provoke, to create martyrs, blame the authorities and invoke public anger.”

Prabowo urges supporters not to get involved in riots

indonesia
jokowidodo
prabowosubianto
Related Reports
Prabowo urges supporters not to get involved in riots
a year ago
Jokowi declared winner of Indonesian presidential elections
a year ago
Indonesia should probe deaths of election staff, says parliament deputy
a year ago
The workers that keep Malaysia ticking
a year ago