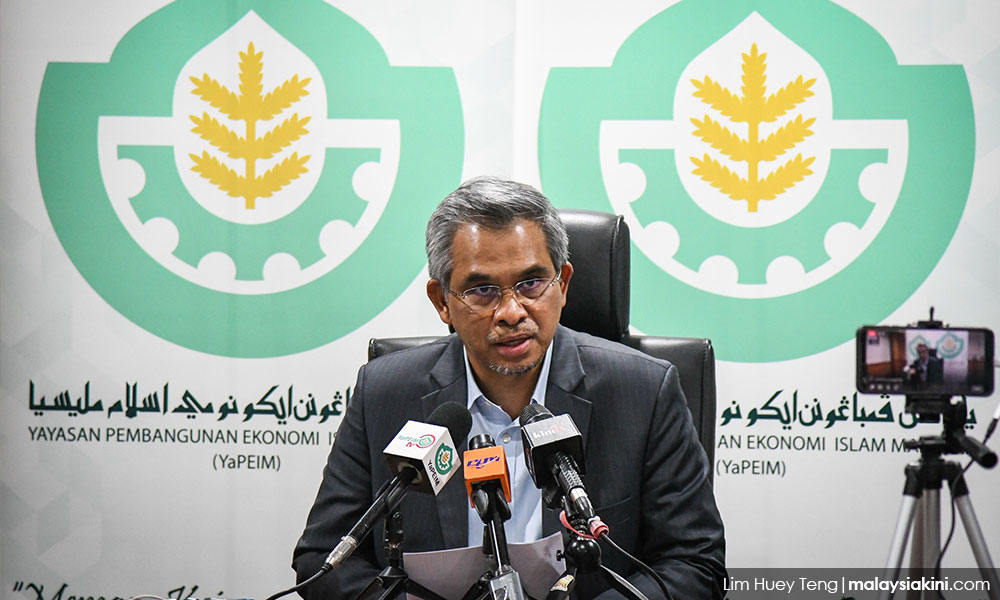 The Islamic Economic Development Foundation (Yapeim) said the suspension of its director-general Abibullah Samsudin is not related to the viral video in which staff were warned against voting for Pakatan Harapan ahead of the 14th general election.

"Yapeim has taken note of the video of the speech, but that was not the main reason for the temporary suspension of the director-general," Yapeim chairperson Mohd Daud Bakar said in a statement today.

"The main reason for his temporary suspension is to allow Yapeim to carry out an internal investigation process following claims of wrongdoing from the audit report findings by PricewaterhouseCoopers recently.

"Suspension is a standard process in any organisation if there are claims of wrongdoing, where staff can be investigated based on the internal rules of the organisation."

Daud urged the public to stop speculating that Abibullah's (photo) suspension was due to the video, adding this would allow Yapeim to carry out its duties properly.

The video he referred to, which was found during the internal probe and PwC audit, allegedly showed Abibullah threatening staff that he would check their votes one by one to find out if any had voted for Harapan.

"I know there are those among you who choose Pakatan Harapan," the individual in the video said.

"If you vote for Harapan, you are not qualified to work in Yapeim. Go find work with DAP."

It was previously reported that RM1 million in aid for orphans entrusted to Yapeim was allegedly misused in 2017 to settle the legal fees of a lawyer who was also an aide to then-prime minister Najib Abdul Razak.

Yapeim brushed off the allegations, saying the legal fees were much lower than the reported RM1 million, and that the money was not sourced from its charity fund but from its general fund.

The foundation was also reported to have suffered losses amounting to RM12 million through a gold pawning scheme involving 1,000 customers from its business wing, Ar-Rahnu.

yapeim
director-general abibullah samsudin
chairperson mohd daud bakar
suspension
Related Reports
Yapeim says DG's fate to be known in 'one or two days'
a year ago
Yoursay: Mismanagement at Yapeim tip of the iceberg?
a year ago
'Work for DAP' DG's fate in hands of Yapeim board - Fuziah
a year ago
Yapeim admits 'wrongdoing, negligence' by previous management
a year ago