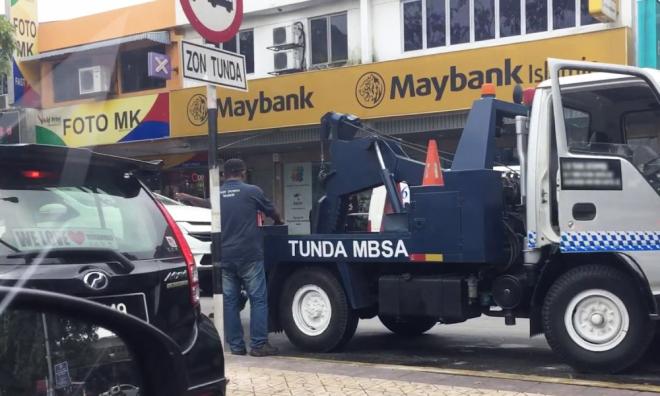 A High Court order effectively makes it illegal for local councils to tow away vehicles for non-payment of traffic summonses.

As lawyer Kamaruzaman Muhammad Arif told Malaysiakini, Shah Alam High Court judge Vazeer Alam Mydin Meera ruled today that towing away cars for unpaid summonses was invalid, as it goes against Article 13 of the Federal Constitution on a person's right to property.

Kamaruzaman said the ruling was delivered in favour of his client, Nurliza Shafien, who filed a challenge in 2016 against the Shah Alam City Council (MBSA) for towing her car over 50 allegedly unpaid summonses.

"This ruling gives the effect that any towing done by MBSA for non-payment of unpaid summonses is ultra vires to the council's statutory powers.

"The court ordered for the summonses paid by the applicant (Nurliza) under protest to be refunded, as it ruled that MBSA's move to accept the payment was a form of 'unjust enrichment', and goes against the council's statutory powers," he said.

Kamaruzaman added that the judge also ordered for payments of damages and costs to his client.

Describing the ruling as good news for the people, the lawyer said that it also has a wider implication for others who responded to notices issued by MBSA, and paid off outstanding summonses to avoid their vehicles being towed.

"Sometime in 2016 and 2017, there were campaigns to encourage people to settle their summonses," he said.

"MBSA issued notices to people informing them they have a number of outstanding summonses which must be settled, or else their cars will be towed.

"These people who have paid can now go to MBSA and cite the ruling to try and claim back their summonses."

In November 2016, The Star reported that MBSA had enforced the move in order to collect RM21.9 million from 227,638 unpaid traffic summonses issued between January and August that year.