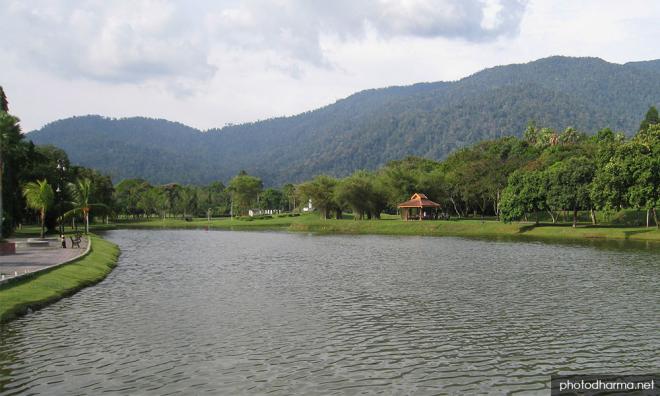 The former BN-led Perak state government has been alleged to have cancelled the reserved status of 8.04-ha of land worth RM50 million at the Taiping Lake Gardens in Taiping to make way for commercial development.

Teluk Intan MP Nga Kor Ming, who is also Aulong assemblyperson, in disclosing the matter, said the decision was made by the previous government on March 1, 2017.

"This cancellation (of the reserved land) for commercial development will have an impact on the Taiping Lake Gardens, which is a national heritage site.

"If we do not reveal this and it (the land) is allowed to be commercially developed, we are worried that the famous 80-ha Taiping Lake Gardens will (one day) only remain a lake, (with the rest of the land) taken up by greedy parties," he said at a press conference in Taiping today.

Nga, who is also Parliament deputy speaker, said that if the commercial development in the area were to continue, it would likely affect Taiping's status as one of the best destinations in the world.

"We are worried that Taiping’s status as the third in the Best of Cities category during the 2019 Sustainable Top 100 Destination Awards ceremony at the International Tourismus-Börse in Berlin, Germany, last March, would be rescinded."

According to Nga, the site in question is located next to the Taiping Prison.

He said his representative would be submitting a letter to Menteri Besar Ahmad Faizal Azumu and the executive council to request for the land to be returned to its reserved status and gazetted as part of the Taiping Lake Gardens.

The Taiping Lake Gardens, which was established in 1880, is one of the oldest public gardens built during the British rule.