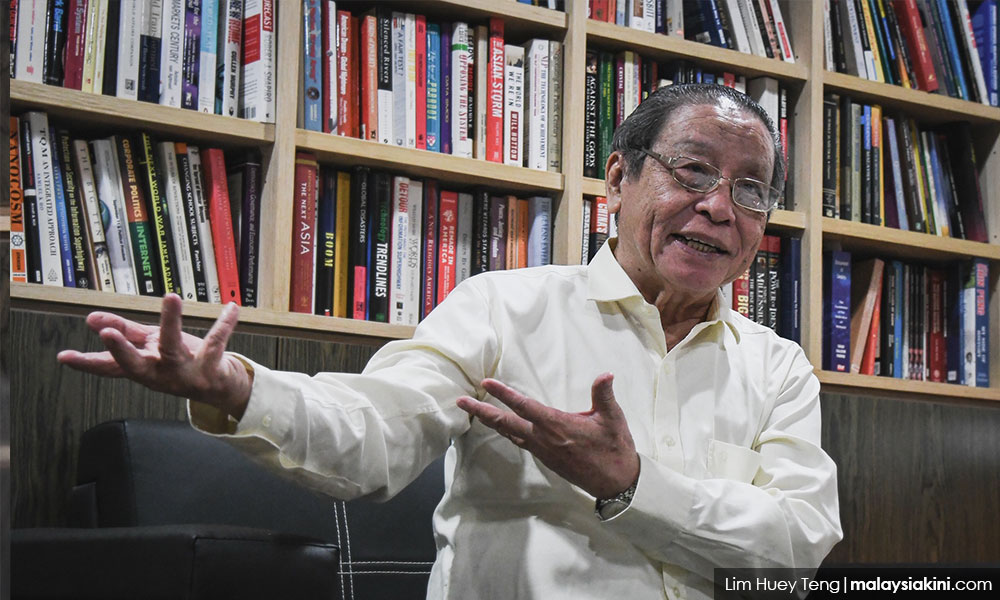 Kit Siang: After 'kleptocrats', nation must now take on 'sharks'

Now that Pakatan Harapan has spent its first year in power dealing with "kleptocrats," attention should now be turned to "sharks," according to DAP stalwart Lim Kit Siang.

Adopting a term made famous by Rais Yatim as law minister in 2008, Lim said hunting down "sharks" ought to be part of Harapan's ongoing war on corruption.

"Almost a decade ago, before the kleptocrats took over Malaysia, the sharks roamed the land.

"But while China was catching 'tigers' and Indonesia 'crocodiles', the sharks in Malaysia continued to enjoy immunity and impunity until they were replaced by the kleptocrats.

"Let the first year of the Harapan government in Putrajaya be the year of the kleptocrats, while the second the year against sharks in the war against corruption," he said in a statement today.

In 2008, Rais had announced that the authorities were going after "18 sharks," a euphemism for corrupt top officials.

Over a decade later, however, authorities never announced if any of the 18 were ever reeled in.

For now, Lim said, one way of handling "sharks" was to implement the much-delayed Independent Police Complaints and Misconduct Commission (IPCMC).

He urged the public to show their full support towards efforts to transform the police into one of the "cleanest" and most incorruptible forces in the world.

Pointing to past surveys which showed that the police consistently fared poorly in terms of public opinion, Lim is confident the IPCMC will turn things around.

He said it was heartening to know that the police has now changed its top officials, who might be able to serve as role models in the fight against graft.

"The objective of the new Inspector-General of Police Abdul Hamid Bador – to eradicate corruption in the police force – is a very tall order, and he deserves the support of all right-thinking Malaysians."

Hamid was appointed as the top cop earlier this month, and securing police consent to the IPCMC had been one of his immediate priorities.

A week after taking the job, Hamid led a police delegation to a dialogue with the National Governance, Integrity and Anti-Corruption Centre (GIACC).

It was decided then that the police would not object to the IPCMC, so long as some of their concerns are addressed.

The cabinet is expected to study the bill to establish the oversight body after Hari Raya Aidilfitri.

kleptocrats
Lim Kit Siang
kleptocracy
corruption
Independent Police Complaints and Misconduct Commission
Related Reports
An urgent need for Harapan to win hearts and minds
a year ago
IGP shows that he means business in combating bribery in the force
a year ago
Mat Sabu's corruption disclosures are the tip of the iceberg
a year ago
Mujahid: Harapan leaders, too, can be corrupt
a year ago