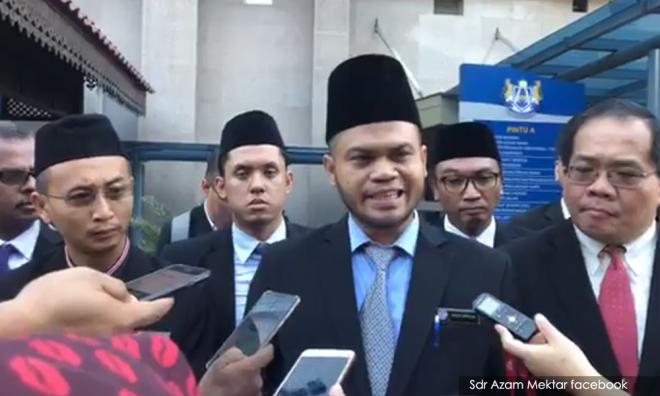 Members of the Iskandar Puteri City Council (MBIP) today accused mayor Adib Azhari Daud of sabotaging dozens of local traders by failing to give them licences to participate in a Gelang Patah Ramadan bazaar.

"It was agreed that a Ramadan bazaar would be located at Jalan Nusaria 4/7, Taman Nusantara, after the original plan to open a bazaar at Jalan J/1 in the same area was protested by owners of premises along the stretch," MBIP member Mohd Azam Mektar said at a press conference.

"However, the MBIP licensing department declined early applications from 47 traders to participate in the bazaar because the mayor wanted to amend the organising rights."

Azam said that after further discussion, the mayor agreed to grant 30 licences, despite the 100 initially agreed to during a meeting between traders and the licensing committee last month.

He added that the MBIP licensing committee only informed the Ramadan bazaar organiser of the licences being approved a day before the start of the fasting month.

"The delay in informing traders of the results of their applications caused them problems since they had to make last-minute preparations," he noted.

Azam also told reporters that MBIP received reports on a Ramadan bazaar operating without licences and a permit on Jalan J/1 Taman Nusantara.

He added that Adib Azhari abused his power by dithering on the decision, and accused the mayor of sabotaging MBIP and the Pakatan Harapan-led Johor government.

"Moreover, the mayor's action is seen as a betrayal of local traders in Gelang Patah to find supplementary income for the upcoming Hari Raya Aidilfitri celebrations."

The MBIP thus urged the mayor to come out with an explanation.

"All comments will be relayed after the report is studied," he said.