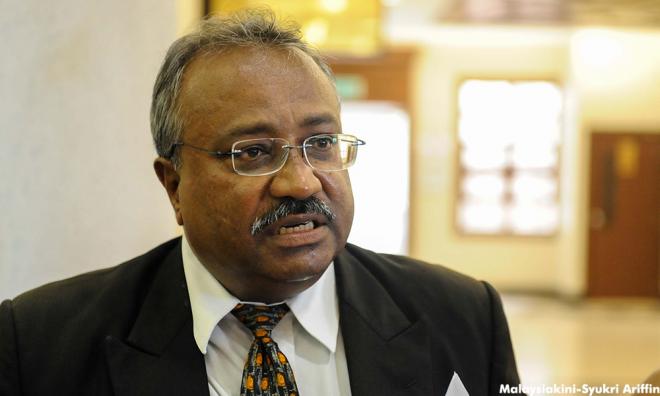 Hindraf 2.0: Mitra another Sedic in the making?

The Malaysian Indian Transformation Unit (Mitra) is at risk of heading in the same trajectory as the previous government's Socioeconomic Development of the Indian Community (Sedic), said Hindu Rights Action Force (Hindraf 2.0).

In an open letter to Prime Minister Dr Mahathir Mohamad, Hindraf 2.0 de facto leader P Uthayakumar said Mitra was currently only indulging in "kosong (meaningless)" lecture programmes similar to those organised by Sedic in the past.

Describing Sedic as an "Umno-MIC era political ploy," Uthayakumar said the federal government should not repeat such a programme, but instead aim to fulfil its election pledges to the Indian community.

Pakatan Harapan's election manifesto had promised a RM4 billion fund for the Indian community to be disbursed over 10 years, as part of the coalition's "special commitment."

According to the manifesto, the fund would be modelled after Singapore's successful Singapore Indian Development Association (Sinda) fund established in 1991.

In his letter, Uthayakumar also urged the prime minister to revisit Hindraf 2.0's letter on May 28, 2018, which contained 25 recommendations that would help create 100,000 business opportunities for the B75 (below 75 percent income earners) in the Indian community every year.

"This will fulfil the Harapan (pledges to the Indian community), but not Mitra, another Sedic in the making," wrote Uthayakumar.

Uthayakumar's letter was in response to a news report citing Mitra economic and career deputy director K Jeevan, who said that the federal government had allocated RM100 million for the unit.