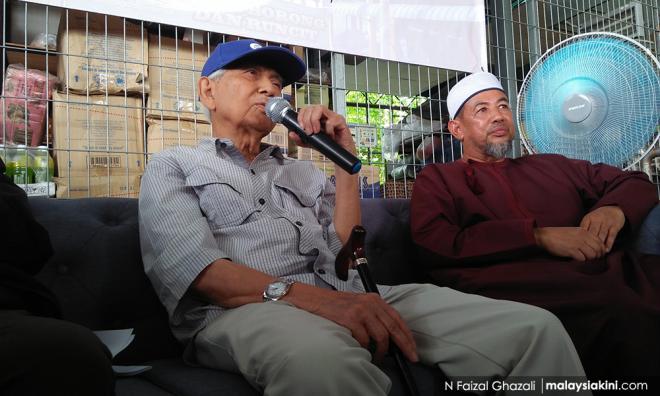 Daim: Cost of living, housing, tolls are priorities for Harapan

"Previously, they (Harapan) were busy with Felda, Lembaga Tabung Haji and other financial problems.

"(Now,) the government should focus on the price of goods, cost of living issues. This must be given attention.

Daim said this after paying a visit to the Haji Zabir Co-operative – which is involved in the supermarket, pharmacy and hardware store industry – in Machang.

The former minister did not go into details on what he hoped to see, but stressed that he was merely sharing his view as an ordinary citizen.

"I'm like you. This is what the people want," he said.

When asked about the performance of the cabinet, Daim reiterated that the government was still new.

"Give them a chance. They were previously busy handling many (legacy) issues.

"Now they are in their second year. They have work to do," he said.

Asked if Harapan could fulfil their promises within its second year in power, Daim said: "This is the beginning."