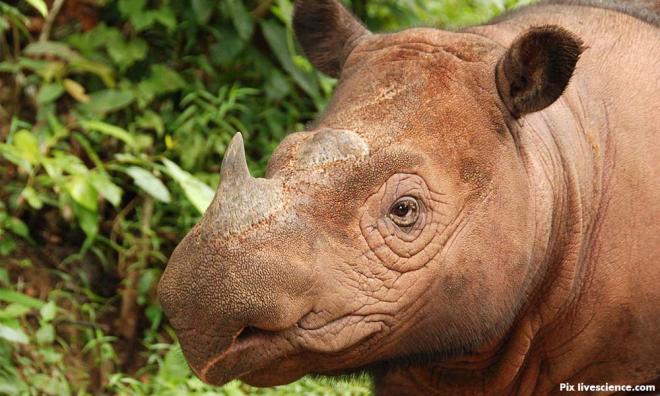 The Sabah Wildlife Department has announced with great sadness the death of the last remaining male Sumatran rhinoceros in Malaysia, named Tam, today.

State Minister of Tourism, Culture and Environment Christina Liew said she was informed of the sad news by the department director Augustine Tuuga.

"Regrettably, Tam died at mid-day, around noon on Monday (May 27). Invariably, everything that could possibly have been done, was done, and executed with great love and dedication.

"His last weeks involved the most intense palliative care humanly possible, rendered by the Borneo Rhino Alliance team under veterinarian Dr Zainal Zahari Zainuddin, at the Borneo Rhino Sanctuary in Tabin Wildlife Reserve, Lahad Datu," she said in a statement in Kota Kinabalu.

According to Liew (photo), who is also deputy chief minister, the precise cause of death will be clearer later, after an autopsy has been conducted.

However, she said, Tam's death was certainly related to old age and involved multiple organ failure.

At the time of his capture at an oil-palm plantation in Kretam, Tawau in August 2008, he was thought to be in his mid-twenties, meaning that he was now well into old age for a Sumatran rhino.

Looking on the positive side of things, the minister said the one bright spot is that Tam's living genome is preserved in cell culture.

"We hope that with emerging technologies at cell and molecular level, he may yet contribute his genes to the survival of the species," Liew added.