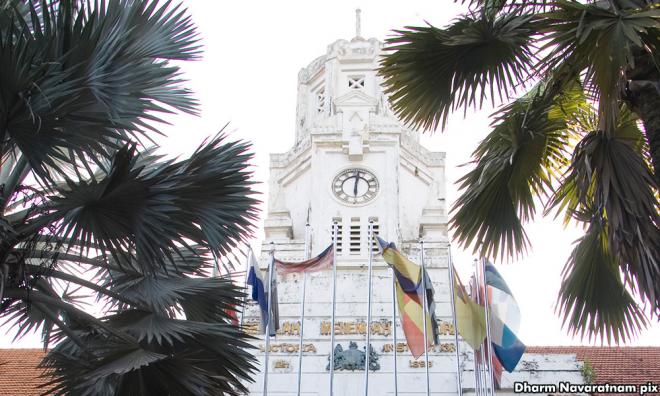 Are competitive standards a problem for M'sian schools?

Most of the good schools in the country were English-medium schools. There were a few elite schools established for the Malay elite.

And education in the sole university, the University of Malaya – if you can just imagine that – in the country was in English.

Malaysians who studied in Singapore and the UK studied in the English language. English-medium education gave school leavers and graduates a distinct advantage, including admission into some of the top universities of the Western world.

Most of our early judges went to the Inns of Court, as did our first three prime ministers. The Perak sultan attended both Oxford and Harvard.

And there are many more. In fact, the large number of Malaysians who study abroad add to the talent pool in the country. And this, together with our racial, cultural and religious diversity, helps reinforce our multi-layered cultural perspective of the world.

The transition to Malay-medium schools and decline of English

After 1971, the government accelerated the shift of all government schools to Malay-medium schools.

The move was motivated because Malay was the national language. It also removed the advantages that the English-educated had.

Textbooks in the Malay language were scarce and were not of the standard and quality of the English textbooks previously used.

The study of English language and literature virtually ceased. More basic English was studied. The reading of English books was no more encouraged.

School libraries and public libraries which stocked mainly English books ceased to be used as frequently as before.

Lecturers initially read their lectures written in English and translated into Malay. Students in some faculties were not required to do much research and could pass exams relying on lecture notes and tutorial discussions.

Of course, those who undertook more demanding courses especially law, business, finance, economics, science, engineering and medicine were required to be proficient in English.

In time the courses and subject materials were adapted to cope with students who were no longer proficient in the language. This sometimes meant that standards fell.

But the general thinking was that universities were not able to remedy problems created by the school system, particularly the loss of English language proficiency.

Mathematics and science were taught in English in the last year of Dr Mahathir Mohamad's first tenure as prime minister, but this was later dropped by Muhyiddin Yassin, the then-education minister, because teachers complained of their difficulty teaching in English.

But Universiti Teknologi Mara, International Islamic University Malaysia and all private colleges and universities continue to teach in English.

And there is a perception that standards there are higher than in public universities.

It is evident that Malay leaders and policy makers appreciate the importance of English but work on the premise that only some – the elite – had to be proficient in English. But this created a schism between the English-proficient elite and the masses.

There is the further complication of most Chinese kids attending Chinese vernacular schools with some moving on to the 60-odd Chinese secondary schools, graduating with the Unified Examination Certificate (UEC).

And there are Indian kids attending Tamil schools and then moving back to government secondary schools. And there are the thousands of Malay kids who attend religious schools.

The recent furore over the matriculation programme exposed a basic flaw in the system. Mahathir said that matriculation was a backdoor for Malays to get into universities and colleges. In other words, it was an easier passage to entry.

A quota would also have ensured the admission of a reasonable number of those from other minority groups. Higher education should be made available for all who want it and qualify for admission whatever their race or financial circumstances.

Is the present context different? How different are the circumstances today from what they were in 1971?

Today between 50 to 60 percent of Malays are urban dwellers. There is a growing Malay middle class. Malays are the overwhelming majority in the civil service, the armed forces and in the GLCs. And more Malays work in the private sector than in the government sector.

There are more than a million undergraduates studying in these colleges at any one point in time.

Is there any reason today to lower standards to help the Malays get into public universities? The truth is that there probably was never a good reason to drop standards at any point in time.

But we have to deal with this question today as the productivity of our workers in the biggest obstacle to us getting out of the middle-income trap. All our school leavers and many of our graduates are not as productive as they should be. Or could be.

This is a problem affecting students of all races. Our SMEs cannot find the people with the ability to move them to the next level. Many of our talented young find employment overseas for higher wages. Ours is a technology-driven world.

Change is occurring at a bewildering speed. School leavers must be able to think critically and communicate effectively. The use of the internet to access information requires English language proficiency.

Can we take the politics out of education?

Can we ramp up standards of education across the board without this becoming a political issue? Can English-medium schools be re-introduced? Can all our schools become bilingual – with English and Malay? And other languages remain as options for pupils?

Can exams be reintroduced to make sure that students meet certain requirements before progressing to the next level? The essential point is that more vigorous schooling at primary and secondary levels will ensure a better pool of students for university and college entry.

We cannot pretend that our standards are high. Various assessments of standards place us very low among the top nations. On one scale Singapore is at the very top and we are below Vietnam. Singapore's schools are top in science and maths.

There is a myth about the high standards prevailing in private colleges. The very same students emerging from government schools end up there as well. And private colleges need high fee-paying students. Some do not have stringent admission requirements and are probably quite relaxed about passing grades.

Middle-class students who attend international schools or private schools or who get intensive tuition and who are English language proficient have an advantage and generally do better. Good students will do well despite failings or limitations in their academic environment. Much of the work in a tier one university is done by the students themselves.

Do we have the option of continuing the same policies and methods that have been in place for many years? Or is it time for change? Do we have the courage to make the changes that are required? Or will politics and fears and anxieties of some hold everybody and the nation back?

Some leading educationists like Azly Rahman and Bakri Musa write with great passion and knowledge on the subject. They are convinced that Malay students will benefit from higher standards and with English language proficiency.

I am not an educationist, but do have more than a passing interest in education. I was a teacher in ITM, now UiTM. I have been a board member of a boarding school with 90 percent Malay kids.

This school has been the top school for most of its 20-year existence. And I have worked with Malay colleagues, Malay professionals, Malay executives and senior Malay officers in the private and public sector for almost 50 years.

The problem is the system. The system holds back most of our people. It prevents their potential from being developed. The problem starts with the school system.

We cannot ignore the need for high English language proficiency.