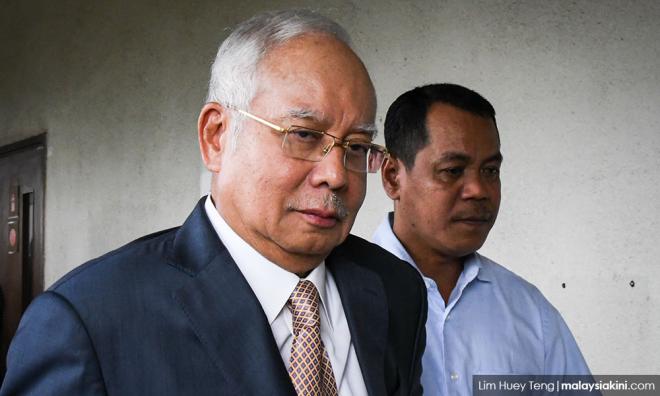 The witness, Ihsan Perdana managing director Dr Shamsul Anwar Sulaiman, told the Kuala Lumpur High Court that the former premier was shocked and upset to learn that someone transferred money into his personal bank accounts.

"He was shocked and upset in 2015 when MACC investigated," Shahredzan tweeted this afternoon.

"So shocked and upset that he changed the attorney-general, removed his deputy, senior ministers and harassed MACC. Shocking. Upsetting," he added.

Syahredzan also pointed out that Najib did not ask for a police report to be lodged on the matter despite being "shocked."

Under cross-examination by deputy public prosecutor Muhammad Saifuddin Hashim Musaimi, Shamsul also said that Najib did not instruct him to lodge a report with the police or MACC regarding the transactions.

Najib: Why is this main news?

Meanwhile, Najib took to Facebook to complain about Malaysiakini and other news outlets highlighting the fact that he did not ask Shamsul to lodge reports.

In July 2015, Abdul Gani Patail was dropped as attorney-general and replaced with Mohamed Apandi Ali, who later cleared Najib of any wrongdoing over the funds in his accounts.

The official reason for the replacement was Gani's health condition.

However, Prime Minister Dr Mahathir Mohamad last year said Gani (photo) was preparing to charge Najib over the 1MDB scandal when he was removed.

At the time of his removal, Gani was heading the special task force probing the RM2.6 billion in Najib's accounts, which the latter claimed was a donation from Saudi royalty.