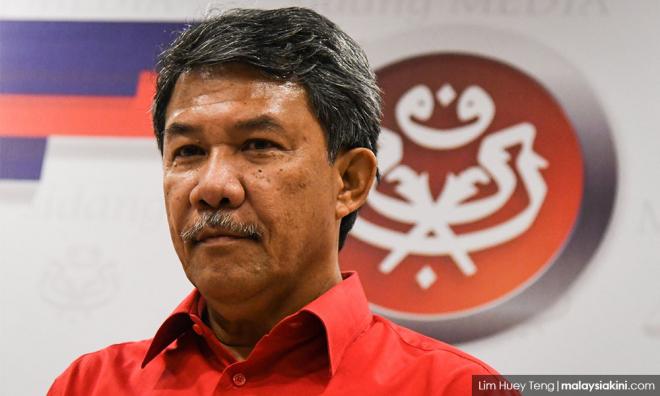 The purported amendment to the Umno constitution, which would see party leaders facing court action dropped from their posts, is reportedly being pushed by deputy president Mohamad Hasan.

Quoting sources, the Straits Times reported that Mohamad is pressing for this, along with his ally and vice-president Mohamed Khaled Nordin, who has been tasked with overseeing the changes to the party constitution.

A source told Malaysiakini earlier this month that Umno is seeking to amend Clause 9.9 of its constitution in an extraordinary general meeting in November.

If successful, the move will see Umno president Ahmad Zahid Hamidi and his predecessor Najib Abdul Razak automatically dropped from their posts. Najib now heads the Pekan division of the party.

However, the move will not be easy as constitutional amendments need to be agreed to by two-thirds of delegates at the EGM.

Several party leaders have confirmed the proposed change to the amendment, reported the Straits Times.

"I want to see how they are going to sell this to the members," Johor Umno deputy chief Nur Jazlan Mohamed was quoted as saying.

"It's the internal shenanigans of a party that doesn't realise it's in opposition now."

An unnamed Umno insider said, meanwhile, that "everyone is claiming to be the boss nowadays."

Mohamad, who has served as acting Umno head since Zahid went on leave, said last month that an EGM will be held to amend certain provisions in the party constitution.

This includes granting Sabah Umno greater autonomy, which means the chapter will be able to make its own decisions without referring to the headquarters in Kuala Lumpur.

The EGM is set to be held during the Umno general assembly from Nov 13 to 16.

Zahid, who is facing 47 counts of money-laundering, criminal breach of trust and corruption, is facing immense pressure from within Umno to let go of his post.

Editor's Note: Mohamed Khaled Nordin has reached out to Malaysiakini and denied the contents of the report by Straits Times. Read his response here.