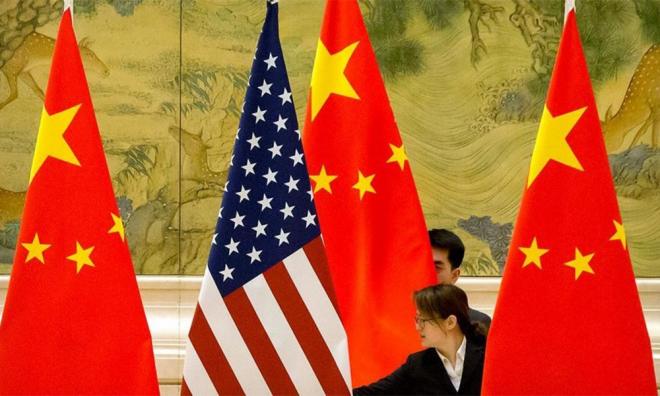 Provoking trade disputes is “naked economic terrorism”, a senior Chinese diplomat said on Thursday, ramping up the rhetoric against the United States amid a bitter trade war that is showing no signs of ending soon.

Trade tensions between Washington and Beijing escalated sharply earlier this month after the Trump administration accused China of having “reneged” on its previous promises to make structural changes to its economic practices.

Washington later slapped additional tariffs of up to 25 percent on US$200 billion (RM839 billion) of Chinese goods, prompting Beijing to retaliate.

“We oppose a trade war but are not afraid of a trade war. This kind of deliberately provoking trade disputes is naked economic terrorism, economic homicide, economic bullying,” Zhang said, when asked about the trade war with the United States.

Everyone loses in a trade war, he added, at a briefing on Chinese President Xi Jinping’s (photo) state visit to Russia next week, where he will meet Russian President Vladimir Putin and speak at a major investor forum in St Petersburg.

“This trade clash will have a serious negative effect on global economic development and recovery,” Zhang added.

“We will definitely properly deal with all external challenges, do our own thing well, develop our economy, and continue to raise the living standards of our two peoples,” he said, referring to China and Russia.

“At the same time, we have the confidence, resolve and ability to safeguard our country’s sovereignty, security, respect and security and development interests.”

From combative missives in state media and patriotic fervour on social media, to mobilisation of ambassadors around the world to get its message out, China has intensified its criticism of Washington since the United States this month moved to increase tariffs on Chinese imports and blacklisted tech giant Huawei Technologies Co Ltd.

On Thursday, a broadcaster from Chinese state television and a Fox Business host staged an unprecedented live debate about the China-US frictions on the network.