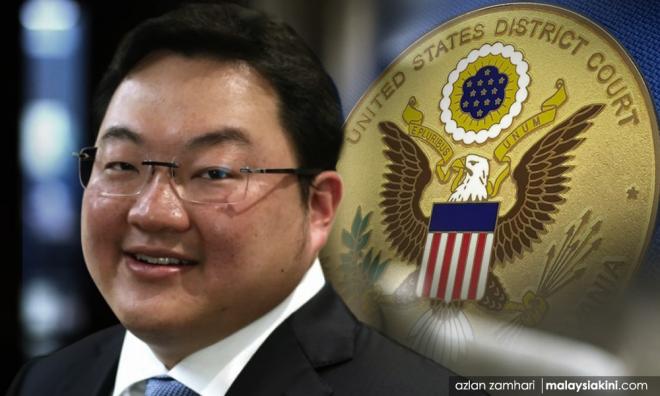 Several multimillion-dollar properties linked to the fugitive financier Jho Low are to be put on sale, including a US$39 million mansion and a US$31 million New York penthouse.

This follows a joint proposal by parties involved in the civil forfeiture suits against the properties, which asks a US court to lift a stay on proceedings to allow an interlocutory sale of the properties to proceed.

This is jointly stipulated in a series of court documents filed at the Central California District Court dated May 29, which was sighted by Malaysiakini.

The documents did not stipulate the terms of the sale.

The US Department of Justice had previously alleged that the properties were purchased with money misappropriated from 1MDB.

The court had also granted the DOJ a stay on the court proceedings in 2017, so as not to interfere with criminal investigations conducted by the Federal Bureau of Investigation.

A spokesperson for Low, through his US lead attorneys, issued the following statement: "Mr Low is aware of two further successfully negotiated agreements with the US government.

"The owners of both the Greene Street property and the 80 Columbus Circle property have reached favourable agreements with the DOJ to initiate a sale of the properties.

"This continued ongoing collaboration is crucial in order to protect both the value of the assets and the parties’ legal rights.

"These positive developments provide a refreshing contrast to the autocratic actions of the Malaysian government, which has consistently disregarded the rule of law by illegally seizing assets and denying basic rights, all under the pretense of serving justice."

Meanwhile, the same court had also granted an earlier application for an interlocutory sale of the Oriole mansion. Judge Dale S Fischer signed the relevant court order on May 7.

However, the DOJ and Oriole Drive (LA) LLC yesterday applied to amend the terms of the sale to include more taxes that need to be paid via the proceeds of the sale.

The new terms also allow the claimant to be paid reimbursements for some maintenance costs and taxes.

As before, the sale does not mean Low, who is challenging the forfeiture, is giving up his claim on the property.

The sale, according to the court filing, is done because the Oriole mansion is at risk of deterioration and damage “as it will likely be uninhabited during the pendency of this litigation if it is not sold to a third party.”

It also stated that the cost of maintaining the unsold property was “excessive” and could be disproportionate to its market value.

The net proceeds of the sale - after deducting taxes, expenses, and other deductions - would constitute a substitute res subject to the forfeiture claim of the property.

In the Oriole mansion filing, it was also stated that the parties concerned had tapped luxury real estate firm Ernie Carwell & Associates, but the US authorities may change the agent to one of its choosing should the former fail to sell the property within 270 days of the court’s approval of the sale.

The three properties were part of US$1.7 billion in assets purportedly acquired using funds stolen from 1MDB that the DOJ wanted to seize via its forfeiture applications in 2016 and 2017.

In November, Low agreed to drop his claim to stakes in the swanky New York’s Park Lane Hotel to facilitate its sale to Abu Dhabi state fund Mubadala, as part of a US forfeiture lawsuit.

The US is expected to repatriate US$139 million (RM583 million) from the sale back to Malaysia.

This is part of RM1.335 billion Malaysia has recovered from the funds allegedly misappropriated from 1MDB and used to acquire assets in the US, according to Attorney-General Tommy Thomas.

Low is believed to be the mastermind behind the whole 1MDB scandal and is wanted in both the United States and Malaysia to answer to related criminal charges. He has denied any wrongdoing but remained on the run.