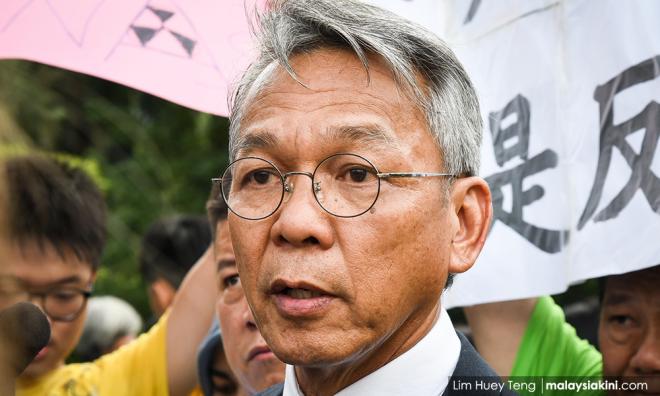 "This is the aspiration of the people of Pahang, especially Kuantan residents, who don't want Lynas in Pahang because the waste (produced) can have adverse health effects.

"We will continue to oppose this, and will not compromise with them (Lynas). This is our promise to the people, and they have also not been following the law," Wong was quoted as saying by Sinar Harian today.

Yesterday, Prime Minister Dr Mahathir Mohamad said Lynas' licence to operate its plant in Gebeng will most likely be renewed.

However, he said the government is looking at ways to deal with the waste produced by the plant, including either shipping it back to Australia or spreading it out to avoid a concentration of radioactive material.

Wong said Lynas had broken its agreement to send back its waste to Australia by keeping it in Malaysia instead.

As such, he said he was confident the government would not simply allow Lynas to continue operating.

He said Lynas' licence can only be renewed if it complies with local laws.

PM: M’sia looking to ‘spread out’ Lynas waste if Australia won’t take it back

Minister to head to Australia to discuss Lynas issue